One Saturday in April, I attended a rather brilliant one-day conference at Anglia Ruskin University here in Cambridge, on the subject of ‘Ruskin the Educator’. The tone of the gathering can be indicated by the hissing which greeted a mention of the film ‘Effie Gray’: I haven’t seen it, but I thought that Ruskin was completely unfairly portrayed in the otherwise excellent and moving ‘Mr Turner’, so I imagine that the purported rendition of his marriage and its disintegration was probably even more unkind to the poor man.

Anyway, at ARU I was very pleased to meet Sarah Quill, the author of Ruskin’s Venice: The Stones Revisited, and to see a copy of the second edition (since published), which has even more of her wonderful photographs. We meditated on the usefulness of having The Stones of Venice on a Kindle rather than as the three chunky volumes of the Library Edition to be lugged from place to place, but during my visit at the end of the month I had neither, and just had to make the best of it. 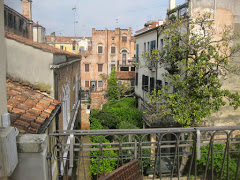 It’s a fairly pointless exercise to consider what Ruskin would or would not enjoy about twenty-first-century Venice, not least because he specialised in self-contradiction: ‘I am never satisfied that I have handled a subject properly till I have contradicted myself at least three times.’ Would he object to the hordes of tourists crowding the streets between the Accademia bridge and San Marco, or would he welcome the social changes that enable such very large numbers of people from all over the world to admire the most beautiful city in the world? Probably, and possibly???

Would he approve of the Biennale (just opened)? I suspect (on the basis of experience over the last few years) that he would not enjoy all of the exhibits, which often cannot summon even the taste, craft and skill necessary to fling a pot of paint in the public’s face. On the other hand, the venues outside the (ludicrously expensive) Biennale gardens enable one to access palazzi and churches which are not always open to the public, and one can ignore the stuff on the walls and floors without too much difficulty.

Ruskin might well have appreciated the well-judged skit currently on view in the windows of some shops in Via Garibaldi: the pretentiousness of much Biennale curatorial comment is well captured…

A gift shop for babies and birthdays 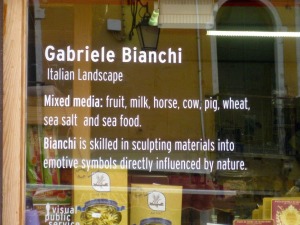 I would like to think that he would have appreciated the craft of the Finnish designers whose works are on display in the glass museum on S. Giorgio Maggiore. 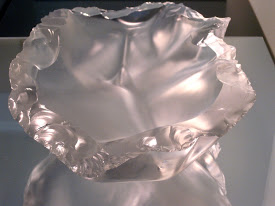 I know (though I can’t locate the reference) that he loathed – absolutely understandably – the appalling replacement mosaics on the lunettes of St Mark’s.

One of the late-nineteenth-century replacements

However, I hope he would have approved of the restoration of Ca’ d’Oro, in spite of his view that ‘It is impossible, as impossible as to raise the dead, to restore anything that has ever been great or beautiful in architecture.’ The industrialist Baron Giorgio Franchetti’s design for the floor of the courtyard was derived from the floors of the duomo at Torcello and Ss Maria e Donato at Murano, and he did lay much of it with his own hands, thus answering Ruskin: ‘I believe the right question to ask, respecting all ornament, is simply this; was it done with enjoyment, was the carver happy while he was about it?’ 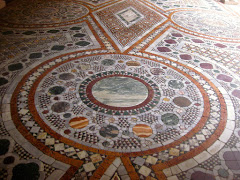 Part of the mosaic (opus sectile) floor at Ca’ d’Oro

And, also on restoration, what would he have thought about the decaying bricks of Venice: leave them to crumble further? 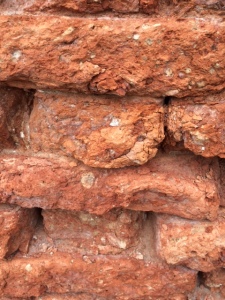 He would have enjoyed the small flowers everywhere, and probably sketched some of them.

And it is safe to say that he would have rejoiced in the wonderful detail of the Carpaccios in the Accademia: 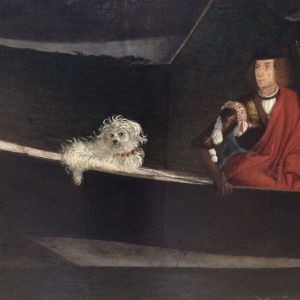 But what would he have thought of the current project to clean and restore the St Ursula sequence?