I am old enough (hideous confession) to remember when the front page of The Times was all advertisements. (The practice ceased in 1966, and the paper has (harrump, of course!) never been the same since…) A few weeks ago, however, it kindly gave away a facsimile of its issue of 22 June 1815, which contained the Waterloo despatch – but the headline news was on the inside, leaving the front page to the continuing minutiae of everyday life.

What dramas lie beneath the surface of these small but often very wordy advertisements – the sort of pages with which Dorothy Wordsworth papered the walls of one of the bedrooms at Dove Cottage? How does one interpret these mundane announcements and requests?

The page begins with announcements of cultural/social activities: an exhibition by the Society of Painters in Oil and Water Colour at the Great Room, Spring Gardens (an all-purpose venue for shows ranging from paintings to magic and illusions and early demonstrations of electricity); Barker’s panorama view of Paris, on the Strand, near Surrey Street; some sermons for the benefit of charity schools; a display of musical automata, also at Spring Gardens; Italian musicians at the Argyll Rooms on Regent Street; and a meeting of the African and Asiatic Society (President, W. Wilberforce Esq., M.P.).

Dancing in the Argyll Rooms.

Next, notices of bankruptcy and the dispersal of estates, and a long list of items required by the churchwardens and overseers of the parish of St Anne’s, Limehouse.

They were seeking tenders for everything from buttocks of beef and single Gloucester cheese to shirt fabric and stockings for men, women and children. Sealed proposals were to be delivered to the Workhouse, from which presumably the cheapest (or perhaps the one with the biggest bulge in the brown envelope) would be chosen.

The next category is ‘Situations Wanted’, along with ‘Board and Lodging’. ‘A young lady is desirous of obtaining a situation in a school; she feels competent to teach the English language grammatically; also history and geography, with the use of the Globes.’ A more self-confident young lady, ‘of respectable connections and amiable disposition, is desirous of procuring one of those situations, in which salary not so much as comfort is her object; as governess to young ladies under 12 years of age, she would engage to teach in English, French, geography, music, etc.’

Becky Sharp, during her brief career as a governess.

‘A gentleman, who to classical attainments unites a knowledge of the various branches of commercial education, wishes to devote his time to the tuition of pupils at their own houses.’ He adds, rather plaintively: ‘Would have no objection to attend a nobleman’s or gentleman’s family to the sea-side for the season.’

Several ladies from schools out of town are here to escort new pupils back: ‘any families who may wish to take advantage of her return, to send their children for the benefit of sea air, or bathing, or for instruction, will have an opportunity, by a line to A.B. Holding’s hotel in Hannover-square. A French teacher is wanted in the same establishment.’

Mrs Bryan imparting astronomy, from the frontispiece to her book.

Possibly more sinister is this ad for a school near Brough, in Westmorland: ‘Boys are educated, furnished with books, boarded, and clothed, by the Rev. J Adamthwaite, D.D., beneficed curate of Badly; … There are no vacations at this school, and from the close attention of Dr A. and his assistants to the education of the scholars, no school in the kingdom can boast of finer boys.’ Let us hope that Dr Adamthwaite was a rubicund, twinkly headmaster with a kindly wife who mothered the children, rather than a prototype of Wackford Squeers, who ran a remarkably similar-sounding establishment just over the county border in Yorkshire, Dotheboys Hall. 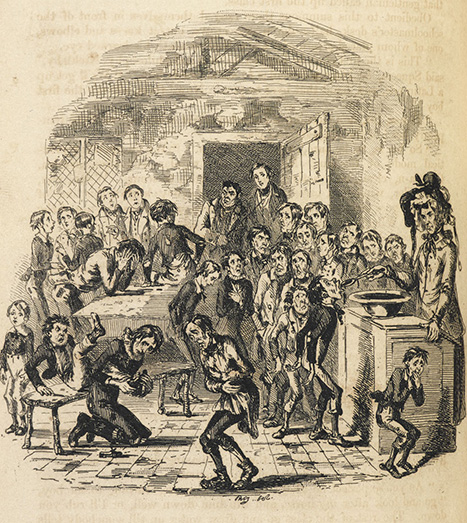 Nicholas Nickleby is introduced to Dotheboys Hall: the novel, published in 1838–9, did much to expose the ill treatment of boys in the so-called ‘Yorkshire Schools’.

Adamthwaite’s fees were 22 guineas a year, or 40 guineas for ‘parlour boarders’: the latter were likely to be the children of wealthier parents or guardians, who paid more for extra comforts or privileges. This puts into context the extraordinary notice that ‘One thousand pounds will be presented to any person who can procure for a gentleman of respectability, an adequate mercantile situation.’ (Another measure is that the dividends from £100,000 worth of shares at the same period was enough to endow the Fitzwilliam Museum.) What story lies behind this rather desperate-sounding appeal?

‘Situations vacant’ include snuff-box makers (at a time when the taking of snuff was starting to fall out of fashion), cabinet-makers, and a cook. Houses are to let or for sale; a grocer’s and cheesemonger’s shop is available now, ‘owing to a death in the family’. Or, ‘To be let, a large exhibition space, called the London Gallery, with extensive warehouse and other apartments, 22 Piccadilly, near the Haymarket. A small collection of pictures to be disposed of.’ What failed aesthetic venture led to this effort to liquidate the assets?

One could (as so often) quote more and more: canal shares, a milliner’s business, Alderney and Guernsey cows, Brandiston Hall and Manor, ‘a valuable freehold estate’ at Great Waldingfield, Suffolk, ‘to be sold with immediate possession’. Brandeston [sic] Hall still exists, though I couldn’t find a photo online or much history of its owners (here is the church, by way of substitute). 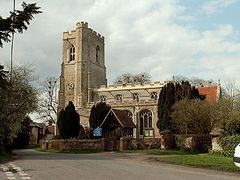 And for the impatient reader, wanting the hot news from the battlefield, page 3 begins with theatrical listings, for the Theatre Royal, Drury Lane, Covent Garden, Astley’s Amphitheatre, Sadler’s Wells, and the pleasure gardens at Vauxhall. 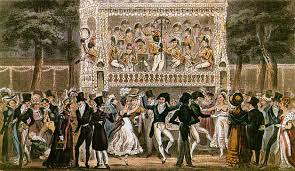 Tom and Jerry enjoy an evening’s entertainment at Vauxhall.

Life, after all, must go on… as do the small ads, immediately after the provisional lists of the killed and wounded at Waterloo.

Like Loading...
This entry was posted in Uncategorized and tagged advertisments, social history, The Times, Waterloo. Bookmark the permalink.