Maria Dundas, later Graham, later Callcott, is another of the cohort of women (Fry, Coutts, Nightingale, Marcet, Caroline Herschel …) who give the lie to the nineteenth-century cliché about the angel in the house. Born on 19 July 1785 near Cockermouth in Cumberland (did she ever meet any rambling Wordsworths?), a tomboy, passionate about natural history, skilled in drawing and very keen on languages, she was a daughter of a naval captain who, after service throughout the Napoleonic Wars, was in 1808 put in charge of naval works at the East India Company’s harbour in Bombay [Mumbai].

Maria, aged 23, with her sister and younger brother, accompanied her father to his posting, and during the voyage (which took five months), she met a fellow Scot, Lieutenant Thomas Graham. They were married in 1809, and returned to England in 1811, soon after which she published the first of her celebrated travel writings, Journal of a Residence in India (1812). In a justificatory preface, she explains her motive for adding to the pile of books on India:

‘Though India has certainly been visited by a greater number of intelligent Englishmen than any other foreign country, and has been the subject of innumerable publications, it is remarkable that there is no work in our language containing such a popular and comprehensive view of its scenery and monuments, and of the manners and habits of its natives and resident colonists, as we are commonly furnished with by travellers in countries incomparably less deserving of notice.’

The reason, she believes, is that most of the ‘Englishmen’ in India are so busy that they don’t have time to do the job; or, when they eventually do have, they are so familiar with their surroundings that they no longer appreciate what would make interesting reading to people ‘at home’; or they write on topics which are too specialist or scholarly (she may have had Sir William Jones (whom she greatly admired) and his ilk in mind).

The book, epistolary in form, limited to the regions in which the Grahams had actually travelled, and illustrated with engravings taken from her own sketches , was extremely well received – so much so that in 1814 she followed it up with Letters on India, with etchings and a map. Like many officers’ wives (though unlike Mrs Croft in Persuasion), she did not always accompany her husband in postings abroad, and spent time in Edinburgh and London, reading, writing and translating. In September 1818 she sailed on HMS Ganymede (a captured French ship, destined shortly for the ignominy of becoming a prison hulk) with her husband to Italy.

Their stay of over a year in Naples and then in Rome and the mountains of Lazio led to another book, Three Months Passed in the Mountains East of Rome during the Year 1819, and to a meeting with Charles Eastlake, then a student painter (who provided sketches for the book) and later a great power in the artistic world as Director of the National Gallery. This connection may have led to her next work, Memoirs of the Life of Nicholas Poussin, pioneering in its day, and exemplary in its tracing of the geographical setting, provenance, and copies of each work. 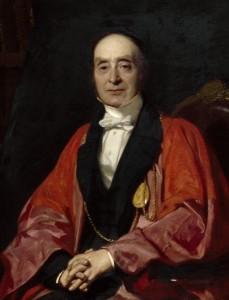 In 1821, the Grahams sailed to South America in H.M.S. Doris, with Chile (and the defence of British mercantile interests there) as their ultimate destination. However, Thomas died at sea before they reached Valparaiso. Maria rose to the occasion, burying Thomas and renting a house from which she travelled to see the local sights, attended by the crew of the Doris and many of the officers of other ships then in port, including the gallant and notorious Lord Cochrane. 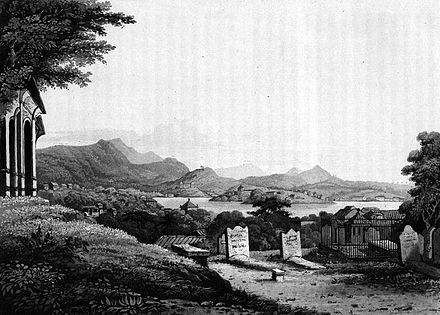 The English burial ground at Rio de Janeiro, from Journal of a Voyage to Brazil.

Having experienced and published an account of an earthquake in Chile, she sailed back round the Horn with the intention of returning to Britain, but at Rio de Janeiro was introduced to the Brazilian royal family and undertook to become governess to the future queen of Portugal, Maria da Gloria. (The Brazil/Portugal succession crisis is complicated…)

Returning to Britain only to leave the manuscripts of two new books, Journal of a Residence in Chile during the Year 1822: And a Voyage from Chile to Brazil in 1823 and Journal of a Voyage to Brazil, and Residence There, During Part of the Years 1821, 1822, 1823, and scooping up appropriate educational material for the four-year-old princess, she returned to Rio, but sadly it didn’t work out. ‘The court’ was full of suspicion and conspiracies, and it was apparently believed that Mrs Graham would prejudice her young charge in favour of Britain …

Maria II of Portugal, aged 10, by John Simpson, a pupil of Lawrence.

Back in England in 1825, she earned her living as a reader for the publisher John Murray, and wrote books and periodical articles. Living in the implausibly named Kensington Gravel Pits (then countryside with salubrious air, now Notting Hill Gate), she found herself in an enclave of artists and writers, and soon had neighbours and visitors including John Linnell, David Wilkie, Murray, Francis Palgrave, Constable, and Turner. Most important to her of these was the apparently confirmed bachelor Augustus Wall Callcott, whom she married on 20 February 1827: their honeymoon journey around the art hotspots of Europe lasted a year. 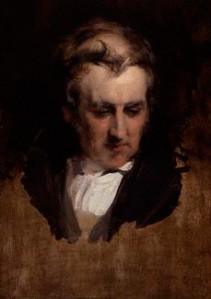 She continued to publish: in 1826 she had compiled an account for John Murray of the voyage of H.M.S. Blonde to the Sandwich Islands, taking material from letters and journals of the crew, and on her return from honeymoon she produced a Short History of Spain. However, Maria’s health had given cause for concern since she has shown tubercular symptoms in childhood, and in 1831 she had a severe rupture of a blood vessel which compelled her to lead a semi-invalid life and put a stop to her travels. She kept on writing and drawing, producing two of her most influential works in 1835. Her Description of the Chapel of the Annunziata dell’Arena, or Giotto’s Chapel, in Padua, illustrated by her husband, drew the attention of the art-loving British public to the so-called ‘Italian Primitives’, and may have influenced Sir Charles Eastlake’s purchases for the National Gallery.

An illustration from the Description of the Chapel

But Little Arthur’s History of England was a best-seller that made her famous. It sold in tens, if not hundreds, of thousands, and was well known to school-children nearly half a century later, as Molly Hughes recalls in her A London Child of the Seventies: ‘My new history book was Little Arthur, which one could read like a delightful story. The general spirit of the author about unpleasant things seemed to be that they happened so long ago that they probably never happened at all. Anyhow, we gained a fair idea of the flow of events and the stories of leading people without boredom.’

Maria Callcott, by her husband, c. 1830. Her habitual turban has led to the suggestion that she had damaged the back of her head in a childhood fall.

Sadly, Lady Callcott (as she became after 1837, when Augustus was knighted) continued to decline in health. Her last major work, Essays towards a History of Painting, was probably written with his help, and her last projects were some didactic and moralistic short stories for children (they are described by the ODNB as tiresome, and I am forced to agree), and a Scriptural Herbal, identifying plants named in the Bible. She died on 21 November 1842, and, like increasing numbers of Londoners, went to Paradise by way of Kensal Green (where her tomb was restored in 2008 by the Chilean government).