Over the Easter weekend, the children who live opposite were applying the life lesson of the Parable of the Talents to raise money for charity. Their school had given them £1, which they had to make grow, and the options were (a) to do an Easter egg hunt in their minuscule front garden, (b) buy a home-baked chocolate brownie, or (c) buy a shell. I went for options (b) – excellent! – and, guided by some strange recherche du temps perdu – (c).

Here is my object of the month, from two different points of view: it was clearly a very pretty colour before it got chalked up (I doubt that that is the technical term), and the worms started leaving their casts on its doorstep.

My new shell, with pastel colouring and worm casts. 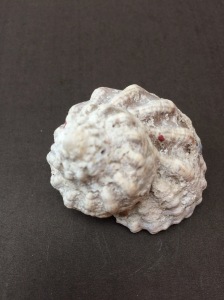 Sadly, most of the surface is either worn or calcified.

I once used to have quite an extensive collection of shells – heaven knows where it is now. Most of them were what I could find on the sea shore (100 yards from home when I was very young) and on another sea shore Up North, with occasional augmentations of gifts: two shells from North America (which I still have), brought back by a neighbour, or sea urchins, one pink and one purple, from back in the days when such things were a popular item of interior décor.

My ‘American’ ones – no idea where they originated.

My most recent acquisitions until the other week were these plump little shells from the beach at the Lido in (or rather off) Venice (we’ve only ever been there once, on a freezing, grey, windy day),

A lovely trio from the Lido.

and an enormous cowrie and a beautiful spiral shell, brought back for me from Mikindani in Tanzania after an EdUKaid working party went out there a few years ago. 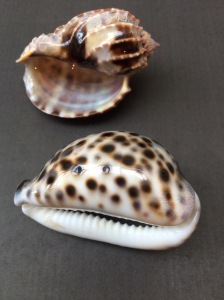 Sorry about the reflection from the glass roof…

I assume that collecting, polishing and (hopefully) selling the shells to tourists is an income generator there, as it was in 2005 at Mahabalipuram in south India, where children were proffering handfuls of polished shells through the gaps in the chain-link fence which separates the archaeological site from the sandy shoreline. (One of the relatively minor results of the Boxing Day Tsunami had been for the temple ruins (and the rosebushes planted among them) to be temporarily engulfed in sand once again.) 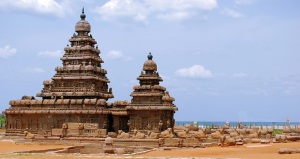 The Shore Temple in Mahabalipuram

I have to add very hastily that I know nothing at all about these exotic shells – the science of malacology was not a part of my education. I don’t really know much beyond the names of the shells I collected myself (and I am increasingly forgetting them). My south coast ‘native’ beaches were not brilliant for shells – limpets in great profusion attached to the real rocks and the artificial rock faces created by the military defences necessary back in the eighteenth century for a great naval port. 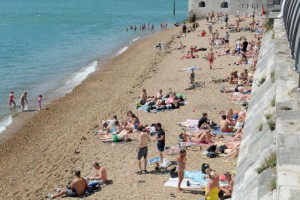 There weren’t as many sunbathers as that sixty years ago …

Likewise winkles, in all the crevices, mussels (in especial abundance near the sewage outlets and the warm water stream from the nearby power station – ah, happy, polluted paddling days!), and clumps – occasionally even wands – of slipper limpets, which I now learn are Crepidula fornicata, aka ‘common Atlantic slippersnail, boat shell, quarterdeck shell, or fornicating slipper snail’.

A clump of limpets.

In my innocent youth, I always felt a bit sorry for the exposed snail in the pile, which had broken off from its moorings, but none the less, merely because of their ubiquity, they were really boring. They are, in fact, a non-native species: ‘It is an offence … to release or allow to escape into the wild, any animal of this kind’, though, assuming you wanted to, you could get a licence. And they are not in fact yet that ubiquitous: though according to the NNSS website, they are ‘well established on the southern coasts of England and Wales and spreading northward’. You have been warned.

I also found the occasional empty whelk shell, half cockleshells, and some flat top shells (Gibbula umbilicalis, named in 1778 by Da Costa) invariably with damage at their pointy ends.

A whelk, showing damage from a boring worm, or just breakage.

So imagine my excitement when in the late 1950s we crossed the invisible line on the north side of which petrol station attendants called my father (to my petrifaction) ‘ducks’, and found sandy, dune-backed beaches at Walney Island and Roanhead, where amazingly beautiful – and undamaged – shells could be found in abundance.

Pelican’s-foot shells, banded wedge shells in a variety of pastel-and-white colours (look at the ones shown here), razor shells, tower shells, and the remarkable shiny land molluscs of the dunes, whose shells could be found in abundance in the sheltered dips between the marram-grass-stitched mounds, along with the smallest imaginable Viola tricolor, improbably thriving in this dry, salty, constantly shifting habitat. 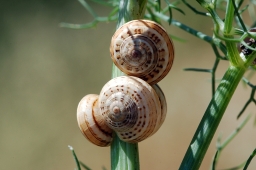 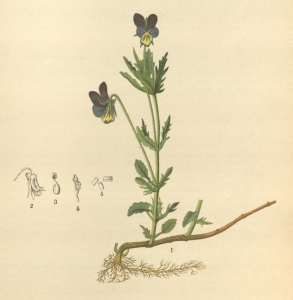 Back in the eighteen century, shell-collecting was a serious hobby for adults, or perhaps a hobby for serious adults, with aesthetic as well as scientific aspects. One of Mrs Delany’s skills (as a recent re-reading of her biography by Ruth Hayden reminded me) was as a decorator of niches and grottos with shells, either gathered on the beach or bought from fishermen. As I understand it, the object was to place the shells in a pleasing arrangement, and then paint them over to look like stucco (or perhaps virtuoso wood carving, by the likes of Grinling Gibbons, or, to a lesser extent, the unknown craftsmen of Admiral Russell’s frame).

Admiral Russell’s frame, with shells among the adornments.

Mrs Delany’s great friend and patron, Margaret, dowager duchess of Portland (1715–85), collected shells with a much more scientific purpose – as indeed she collected everything. (Georg Dionysius Ehret painted her botanical collection.) A fascinating book, The Duchess’s Shells, by Beth Fowkes Tobin, suggests that if she had restricted her collecting to one or two fields, or if (even more importantly) she had been a man, she would have been taken seriously as a natural philosopher. As it was, she was a very rich widow with a ‘mania’. 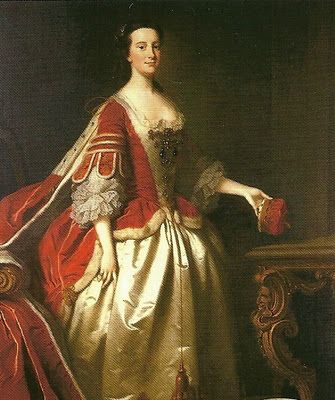 Her shells came from Captain Cook, Sir Joseph Banks and Daniel Solander, and many of the other early voyagers to the southern oceans. She received them as gifts, bought them from agents, or could be approached directly (at her London house, in Whitehall) by sailors bringing rarities back with them to make an easy profit. She also spent several weeks a year prowling the shores and going out in boats from Weymouth to find her own.

She classified and labelled her collection, taking the best advice she could, and building it up to be the best in the world (outshining those of the queen of Sweden and the French minister of finance), at least according to Thomas Martyn – not the Cambridge professor of botany but a natural history illustrator and teacher, one of whose interests manifested itself in The Universal Conchologist (published in four volumes between 1784 and 1787) of which the 160 colour plates were (and are) an amazing feat of illustration.

Martyn’s eulogy to the duchess in The Universal Conchologist.

Two of the plates in a bilingual French/English edition (1789) of the book.

At the duchess’s sudden and unexpected death, her planned catalogue of her shells (which Solander had been working on until his own death in 1782) remained unpublished. Sadly, a catalogue of sorts was compiled – for the auction of her collections, in 4,156 lots, many containing multiple specimens, ordered by her daughter Viscountess Weymouth, later first Marchioness of Bath.

The frontispiece to the sale catalogue, showing the variety of items in the ‘Portland Museum’.

It took place over 37 days from 26 April 1786 (Sundays and the King’s Birthday excepted), and the shells were widely dispersed, many of them to agents for whom the duchess’s prestige gave added value to the objects themselves. The whereabouts of only three out of several thousand shells is now certainly known: among the missing are some sent to her for examination just before her death by Richard Pulteney, who many years later was still lamenting their loss.