Object of the Month: February 2019

I first came across William de Morgan in the second-hand bookshop in the stables at Wimpole Hall, an alarming number of years ago. His novel, Alice-for-Short (published 1907), was available for 50p, and I availed myself, drawn mostly by the dedication: ‘To E.B.J. and W.M.’, who, of course, could be none other than Edward Burne-Jones and William Morris.

It is a conventional story enough, engagingly written, though continuously teetering on the edge of a coyness firmly signalled in advance by the contents list: 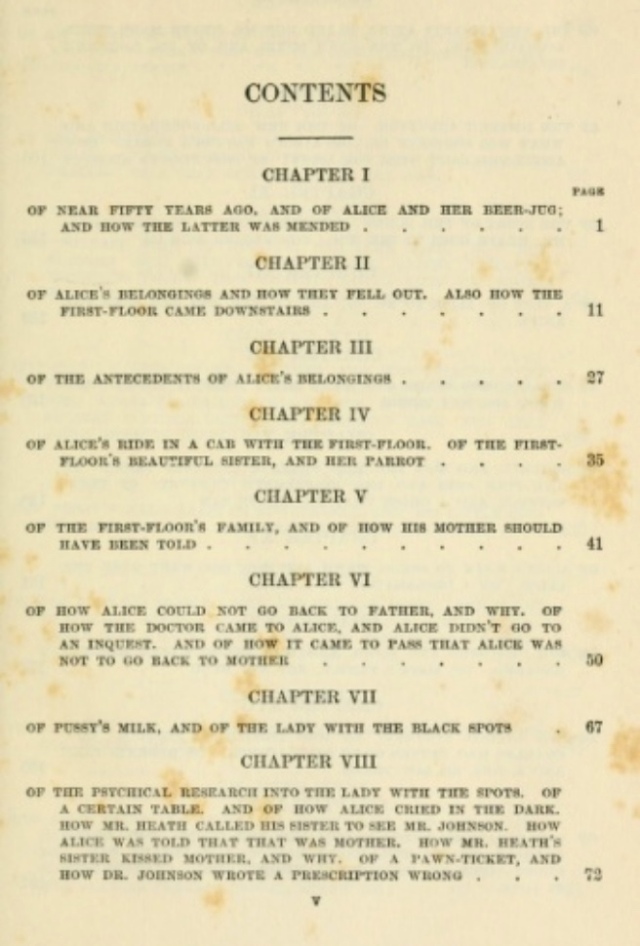 I have not read Joseph Vance (1906), de Morgan’s most popular novel, which from its synopsis seems similarly to involve poverty versus wealth, misunderstandings and lost love, and an eventual happy reunion of the protagonists. But de Morgan’s career as a novelist was a second string to his bow, and something of a late development. He is best known today as a designer of ceramics, very much influenced by E.B.J. and W.M., and indeed working at one stage of his career at Merton Abbey and selling his wares through Morris and Co.’s famous shop. 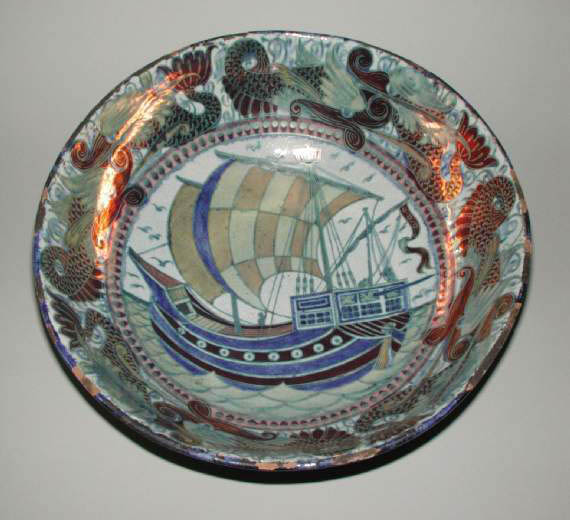 He was born in 1839 to Augustus de Morgan (1806–71), mathematician, logician and populariser of mathematics, and Sophia Elizabeth Frend (1808–92), who as a child had known Anna Laetitia Barbauld, and who, due to her own excellent education, later became tutor to Ada Lovelace (and a confidante of Lady Byron). The two had married in 1837 (most unconventionally for the time, in St Pancras registry office – civil weddings had come into existence only that year), and William was the second of seven children, four of whom died of tuberculosis before the age of forty. 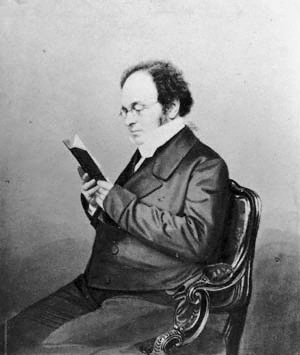 Augustus de Morgan had entered Trinity College, Cambridge, in 1823, and graduated as fourth wrangler. His stern rejection of orthodox Anglicanism prevented him taking his M.A. or applying for a college fellowship, and he decided to study law, which did not last. Instead, at the age of only 22, he was appointed the first professor of mathematics at the new (and non-denominational) London University. After a blip when he resigned on a matter of principle, he was reappointed, and served for the next thirty years, resigning (again on a matter for principle) in 1866.

Meanwhile, Sophia was busy with, inter alia, the foundation of Bedford College, London, prison and workhouse reform (she had met Elizabeth Fry through Lady Byron) the abolition of slavery, and female suffrage. She also became a proponent of Spiritualism, publishing From Matter to Spirit: The Result of Ten Years’ Experience in Spirit Manifestation in 1863.

The offspring of all this high-minded activity (which was apparently leavened with lots of puns and other forms of word-play), William was educated at University College School and the college itself, after which he entered the Royal Academy Schools – but, rather like Morris, found that he was a much better designer than a painter. He met E.B.J. and W.M. at some point in the 1860s, and quickly became a close friend of both. It seems likely that Morris first encouraged him to design glass and ceramics: in 1872 his first kiln burned the roof off his house in Fitzroy Square, and he had to leave. 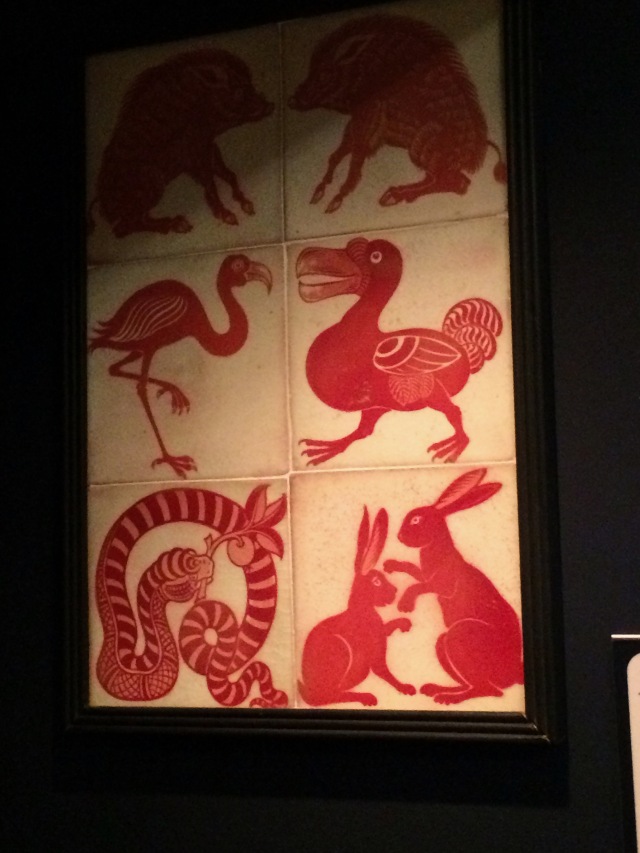 De Morgan tiles at the William Morris Gallery: the Morris and Co. catalogue suggests that ‘the red lustre tiles are a popular choice for a child’s nursery’. 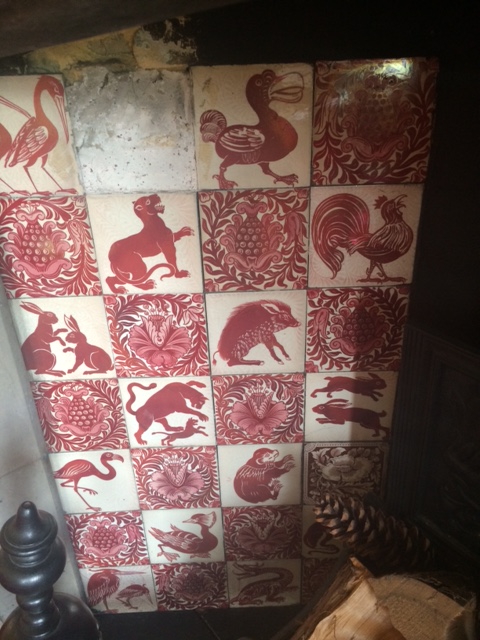 These tiles are in a fireplace at Bourn Hall in Cambridgeshire. (Evidently, any design could be reversed – look at the facing boars above.)

It was not merely in design that de Morgan made his mark: he was also an important innovator in the area of the glazes and lustres which make many of his works, especially the bowls and vases, so distinctive, and which influenced the ‘art’ side of the more mechanised ceramic output of the Staffordshire potteries. He originally bought in tiles and bowls to decorate, but later his pottery made their own, first in Orange Square in Chelsea and later at Merton Abbey. (More on his other inventions here.) 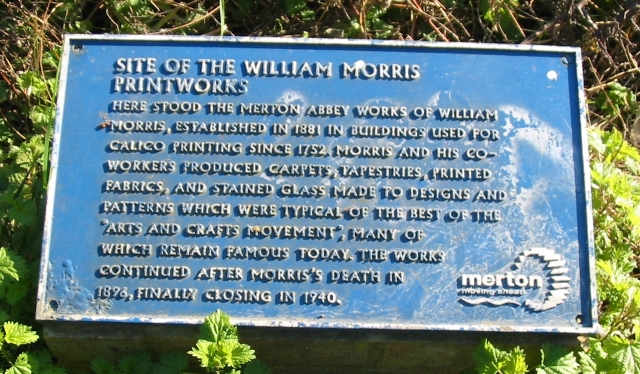 A plaque among the nettles commemorates the hive of activity that Morris generated at Merton Abbey. 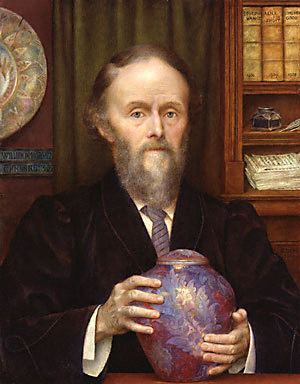 At the relatively advanced age of 48, he married Evelyn Pickering (1855–1919), a wealthy heiress who to the despair of her family had become a painter in the Pre-Raphaelite style. Two years later, in 1889, he brought the pottery back to Fulham, the journey out to Merton Abbey being bad for his health. By now he was in a partnership with the architect Halsey Ricardo (1854–1928), who was a great believer in the importance of glazed materials to resist the encroachment of polluted air. (One of his most spectacular buildings was the Howrah Station or ‘Gateway to Calcutta’ (Kolkata).) 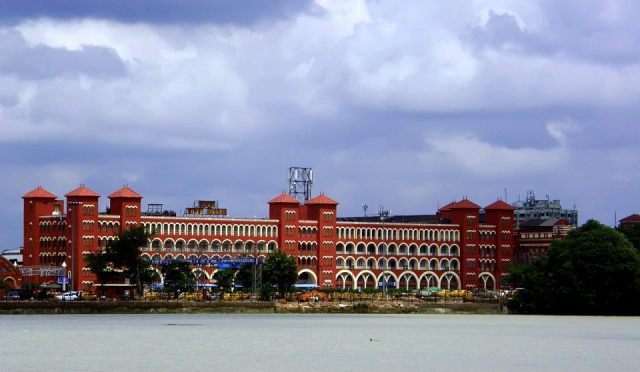 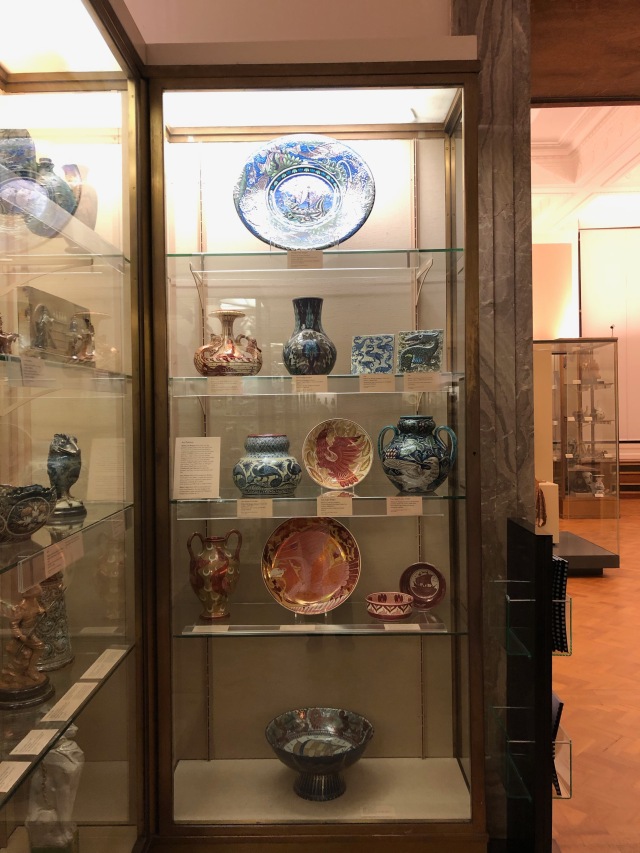 The ‘galley’ bowl is at the bottom of this display case in the Fitzwilliam Museum. Many of the other pieces are on loan from the family of Halsey Ricardo.

However, in 1892, de Morgan was advised to spend winters outside Britain (they chose Florence), and although he continued to send designs to the Passenger brothers, Fred and Charles, who managed the business, his day-to-day absence from the pottery led to a gradual decline which resulted in the firm being wound up in 1907, by which time his second career as a novelist was taking off. 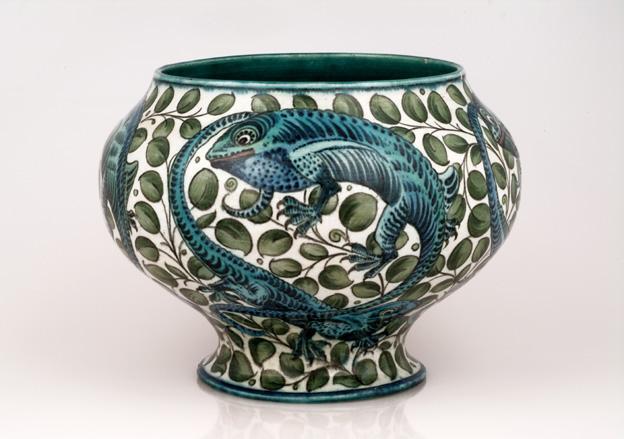 A chameleon jar, designed by de Morgan and made by the Passengers.

The Passengers, with Frank Iles, the kiln-master, set up their own business in the Brompton Road. With de Morgan’s agreement, they continued to use his designs, labelling their wares as ‘guaranteed designed by Wm De Morgan and executed by his original craftsmen’. Presumably, changes in taste led to the final rapid decline of the business, which lasted only until 1911? 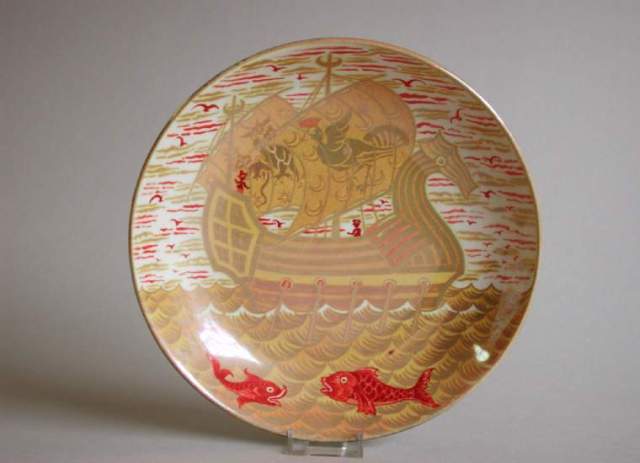 A ‘galley’ dish from the Passenger period.

De Morgan’s bold, cheerful and often amusing designs, influenced (both in colour and motif) by Islamic ceramics (one of his lines was ‘Persian ware’) as well as by Morris, are now again hugely popular, and original individual tiles (let alone the bowls and chargers) sell for significant amounts, while there is a lively market in copies. 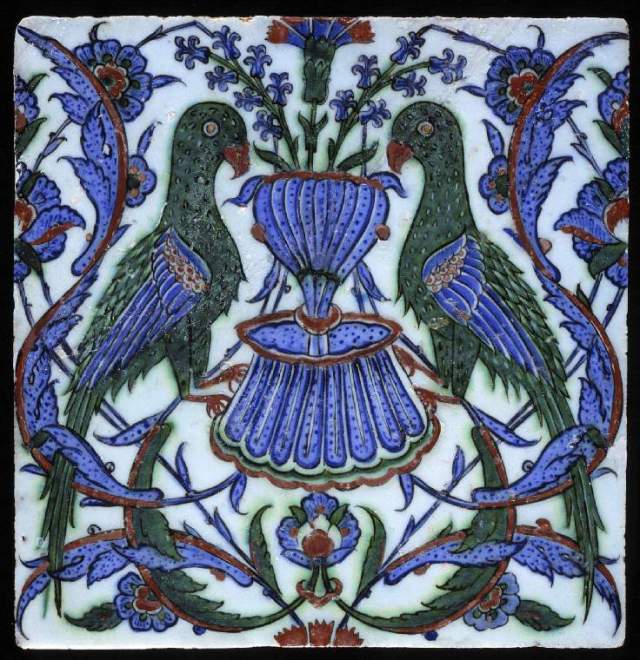 In his own lifetime, he was much more famous as a novelist than as a designer: he said at the time of the closing of his pottery, ‘All my life I have been trying to make beautiful things, and now that I can make them nobody wants them.’ But the beautiful things are back in vogue, and who now reads the novels?

1 Response to Object of the Month: February 2019