If Francesco Morosini is remembered worldwide today, it is probably for the collateral damage caused when a stray Venetian cannon ball hit the gunpowder store which the Turks had so thoughtfully placed in the Parthenon during the siege of Athens. In Venice, however, he is up there with Sebastiano Venier, the victor of Lepanto, and the tragic Marcantonio Bragadin as one of the great military heroes. 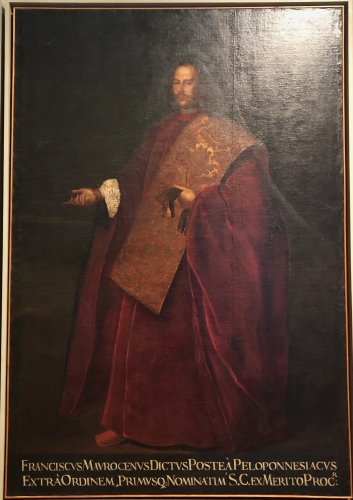 The inscription below this portrait (artist unknown) claims that it is Francesco Morosini in the robes of a Procurator of St Mark, but an almost identical one (without inscription) is said to be of Domenico Contarini …

If not born in the purple like the Byzantine emperors, Morosini was very definitely born in the scarlet robes of the most potent, grave and reverend signiors of Venice. The Morosini family had come to prominence in the ninth century, either having been one of the founding families of the city who fled from Attila the Hun in the fifth century, or having arrived more recently from Mantua. Either way, he had the Blessed Giovanni Morosini (d. 1012), Benedictine founder of San Giorgio Maggiore, and doges and patriarchs in his ancestry, as well as several dogaresse (wives of doges) and indeed queens of Balkan and eastern European countries. 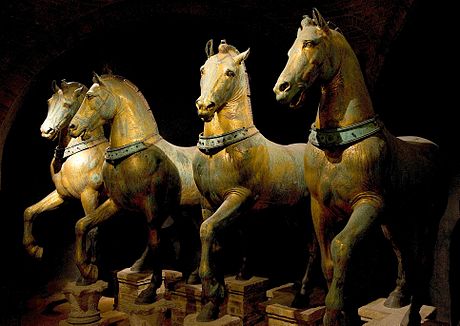 The original ‘bronze horses of St Mark’s’, now preserved inside the basilica.

Possibly the most famous (notorious?) of his ancestors was Domenico Morosini, commander-in-chief of the galley which, in 1204, brought back to Venice – as loot after the sack of Constantinople – the four bronze horses from the Hippodrome, which were originally placed in the Arsenale, and then, fifty years later, elevated on the façade of St Mark’s. (The ones you can see today are replicas, the originals having been removed inside and restored after 700 years of air pollution had done their worst with them.)

Francesco was born in the Morosini palazzo in Campo Santa Marina on 26 February 1619, but his mother died in mysterious circumstances (was she trying to save her husband from drowning or was she pushed?) when he was very young, and apparently he got on badly with his stepmother (to whose palazzo in Campo Santo Stefano the family moved). 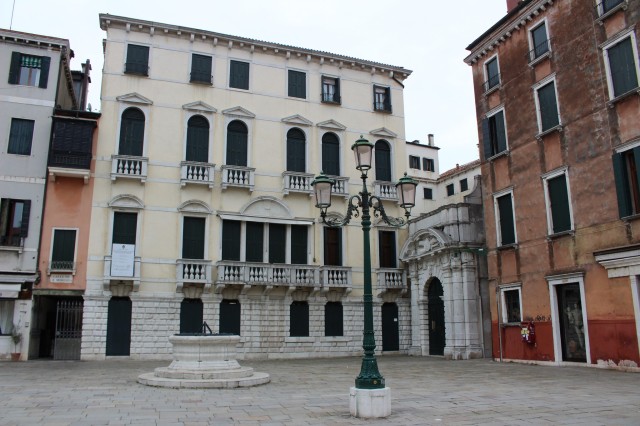 He went to sea in the 1630s (his first post being in the galley of a second cousin, Pietro Badoer, who later became the admiral of the fleet at Candia (modern Heraklion)), and was twice appointed Captain-General of the Venetian forces in the city, which had been enduring a siege by Ottoman troops since 1648. 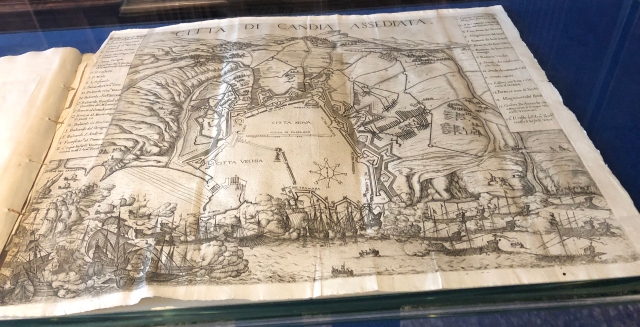 This was apparently, the second longest siege in history, the longest being the siege of Ceuta in North Africa (1694–1720). It had begun after, in 1644, the Knights of Malta attacked an Ottoman convoy on its way from Alexandria to Constantinople, and landed at Candia with its plunder, including high-ranking officials from Egypt on the pilgrimage to Mecca. A retaliatory force of 60,000 men arrived in Crete (not Malta!) and captured the towns of La Canea (Khania) in the west and Rettimo (Rethymno) in the east before spreading out and occupying the entire island over the next four years. By May 1648 they were ready to attack Candia, cutting off the water supply and harrying Venetian shipping attempting to assist the city.

The siege dragged on for so long because the Ottoman navy did not have complete command of the sea, so supplies and reinforcements could get in to the Venetians (and later their French allies) in the city. Eventually, after years of effective stalemate, during which the Venetians tried and failed to recapture La Canea, on 24 July 1669 a Venetian and French attempt to raise the siege with an assault by both land and sea ended complete disaster, causing the French to pull out and leaving Morosini in an impossible position (with only 3,600 men and no prospect of supplies) from which he negotiated a surrender to the Turks. 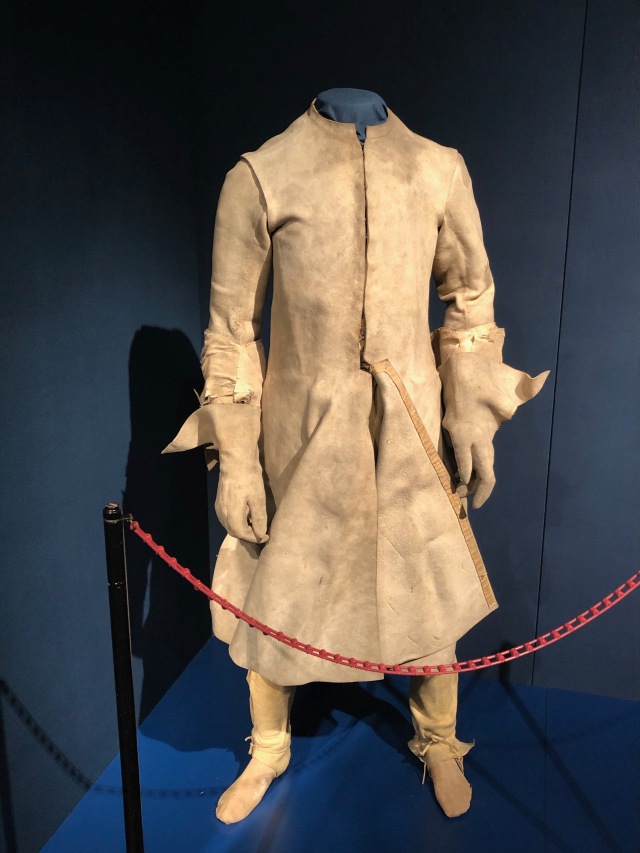 His defeat was not as absolute as it might have been (Venice was allowed to keep three forts along the north coast, and there was no massacre of Christians), but because he had agreed terms without the permission of the Council, he was put on trial on his return. He was acquitted (family influence?), and possibly as a result of this defeat and humiliation, he became a highly aggressive and successful commander against the Turks for the next two decades. (In 1659, from his base in Crete, he had already formed an alliance with the Greeks of the Mani peninsula and had captured back the city of Kalamata, but it was lost when he had to return to Crete.) 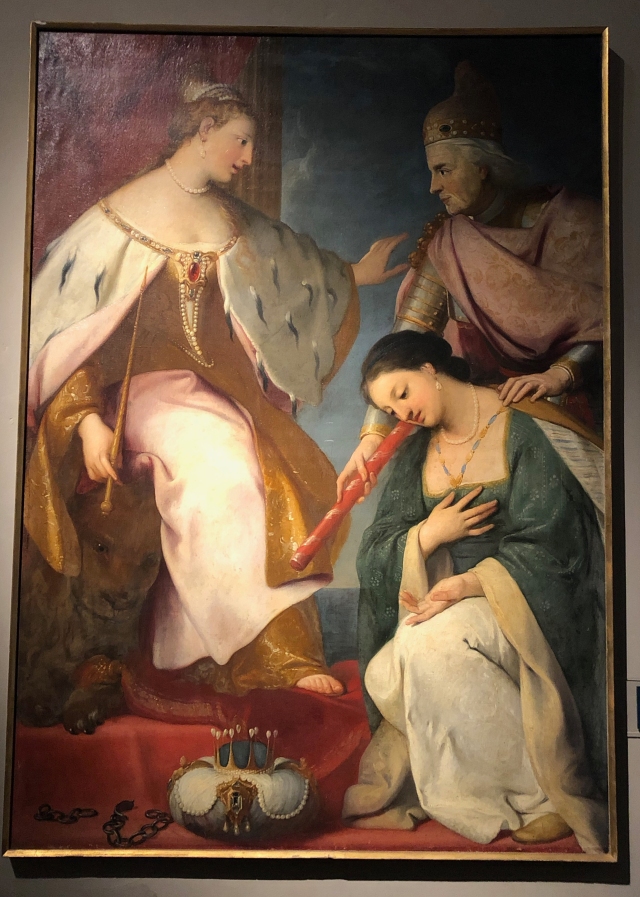 A nineteenth-century copy of a picture of Morosini offering to Venice the reconquest of the Morea (note the ‘Turkish’ style of the crown, and the broken chains indicating liberty).

In 1684, bolstered by the creation of the Holy (anti-Turk) League of Poland, Austria and Venice, the Serenissima declared war – the Sixth Ottoman–Venetian War (aka the Morean War) – clearly in the hope of revenge for Crete. (This was, apparently, the only occasion on which Venice had got in first with a declaration: all previous and subsequent ones had been made by the Turks against Venice.) 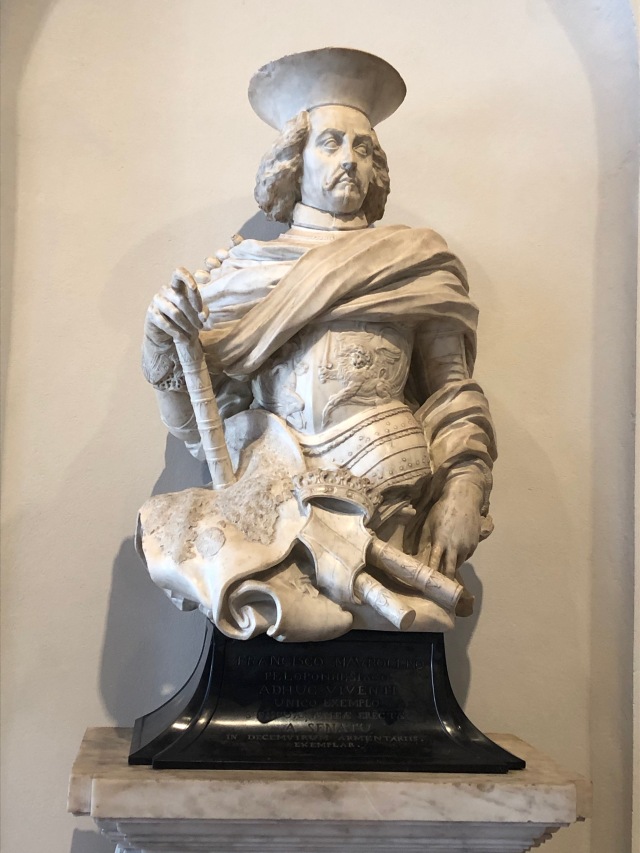 Francesco Morosini was made commander-in-chief of a force bolstered by mercenaries from all over Europe (including the Knights of Malta) which assembled at Corfu. To cut a very long and quite complicated story short, in the course of the next three years, Morosini captured the whole of the Peloponnese (the Morea), and finally Athens. 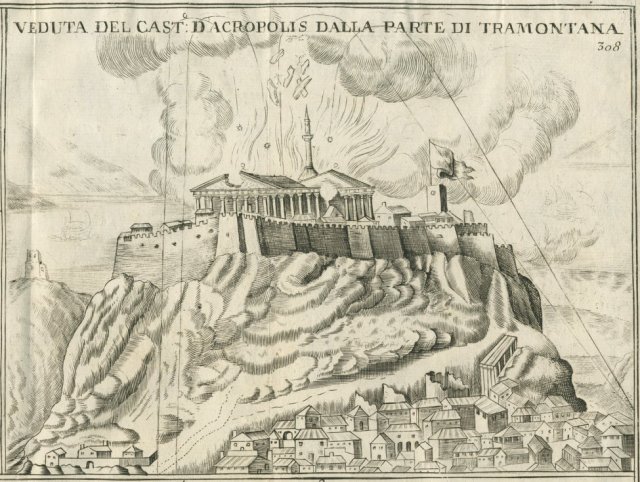 The explosion, in a 1695 print by Francesco Fanelli.

It is reported that when the Parthenon blew up, General Otto Wilhelm Königsmarck, a Swedish soldier on the Venetian side, was dismayed at the destruction; the more pragmatic Morosini took the view that it was a fortunate shot because it destroyed the Turkish armament store. After the capture of Athens early in 1688, he is believed to have been the first westerner to have attempted to removed sculptures from the Parthenon, but the ones he tried to lower (horses from the west pediment) smashed to the ground. (He did however get away with a lion from Piraeus, which now sits, along with earlier plundered lions, outside the Arsenale.) 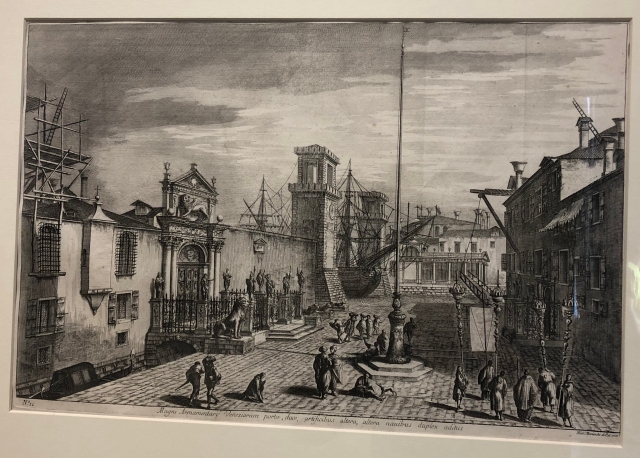 ‘L’Arsenale’, with Morosini’s lion at front left. The engraving is part of Magneficentiores selectioresque urbis Venetiarum prospectus (More magnificent and more choice views of the city of Venice)(1741), by Michele Marieschi.

During the siege, he was elected Doge, but was unable to take up the role immediately. He unsuccessfully besieged Negroponte (Khalkis) on Euboea (Evvia), which he was forced to abandon because of an outbreak of plague among his troops. (The aesthetically minded Königsmarck was among its victims.) 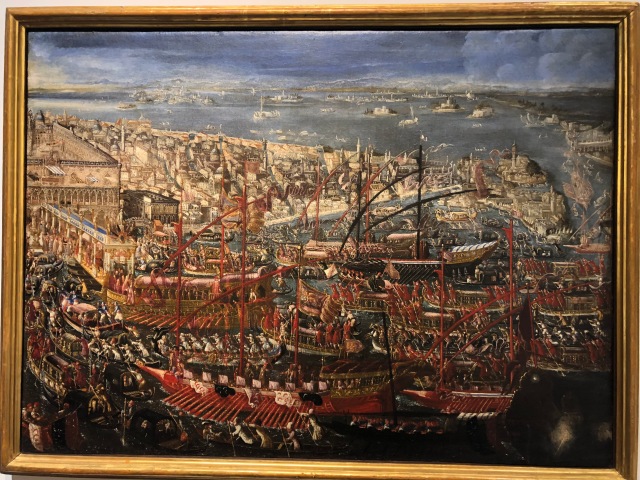 The triumphant return of Francesco Morosini to Venice, by Alessandro Piazza (c. 1699). The detail below shows Morosini in the red hat of the Captain General. 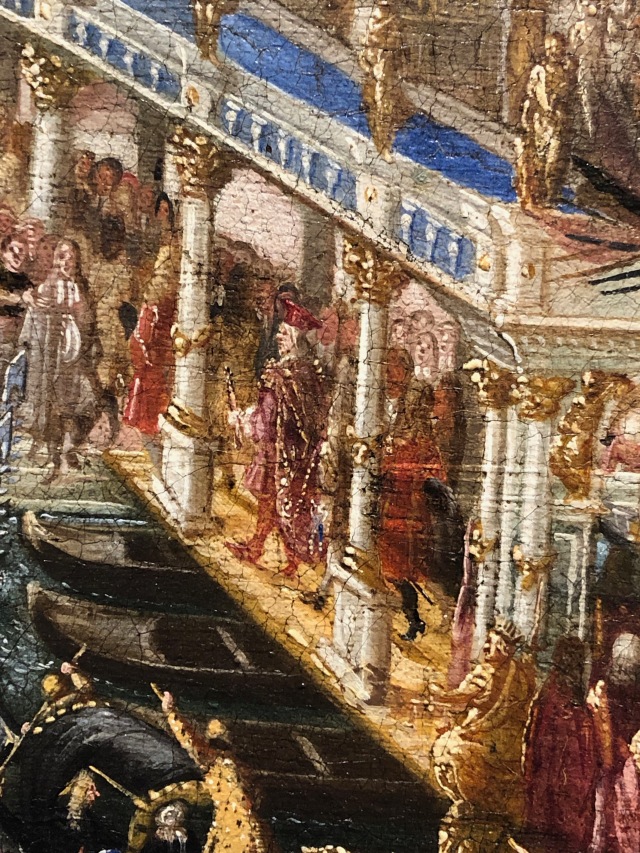 Morosini in his red hat, carrying his staff of office, in the centre left of the picture.

Morosini then tried to capture the Turkish island stronghold of Monemvasia, but was unsuccessful, and failing health caused him to return to Venice and the ducal corno in 1691. He was not popular in the role, being described as arrogant and vain – possibly years of supreme command and the loyalty of his troops were not the best preparation for the factionalism of Venetian politics. 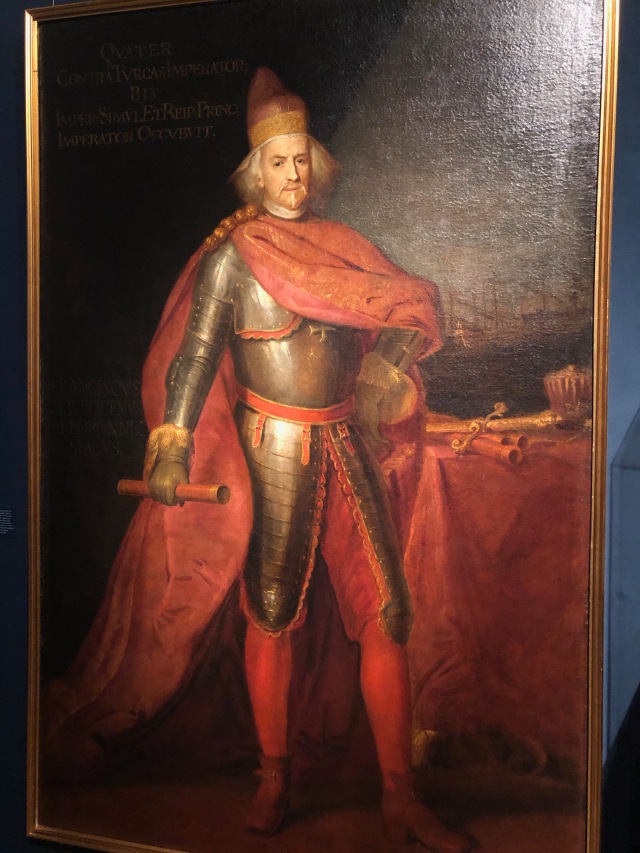 Morosini as doge, still in armour, by Domenico Uberti.

Morosini’s staff of office, in tortoiseshell and gold … 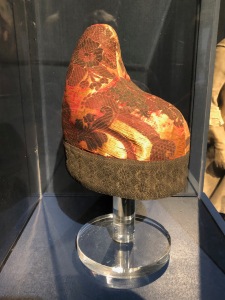 He returned in May 1693 to Greece, making a second attempt to capture Negroponte which was also unsuccessful, and (worn out, apparently) retreated to Nauplia (Nafplio) where on 16 January 1694 he died (perhaps in the great Venetian fortress now called the Palamidi, on the steps up to which, nearly fifty years ago, I had a remarkable encounter with some frogs). His internal organs were buried in a local church, but his eviscerated corpse was taken back to Venice and interred under an enormous memorial slab in the church of Santo Stefano, yards from his home. 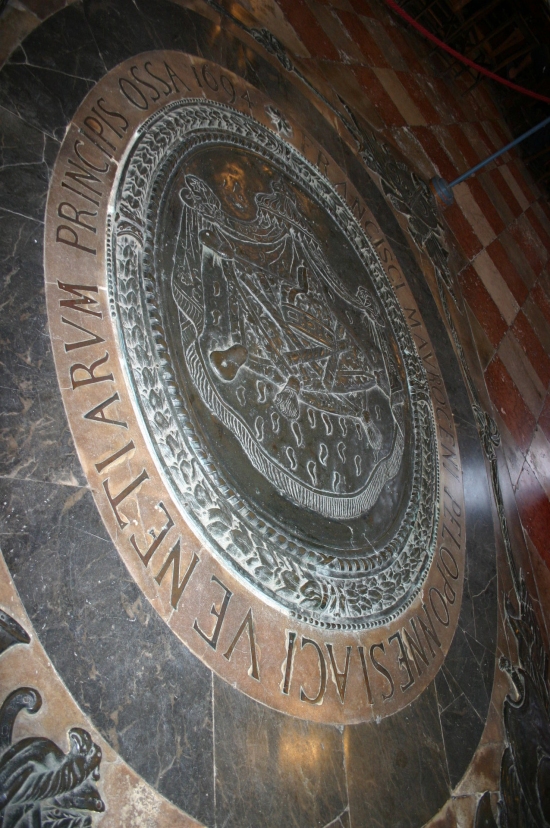 The Morosini tomb in the church of Santo Stefano. 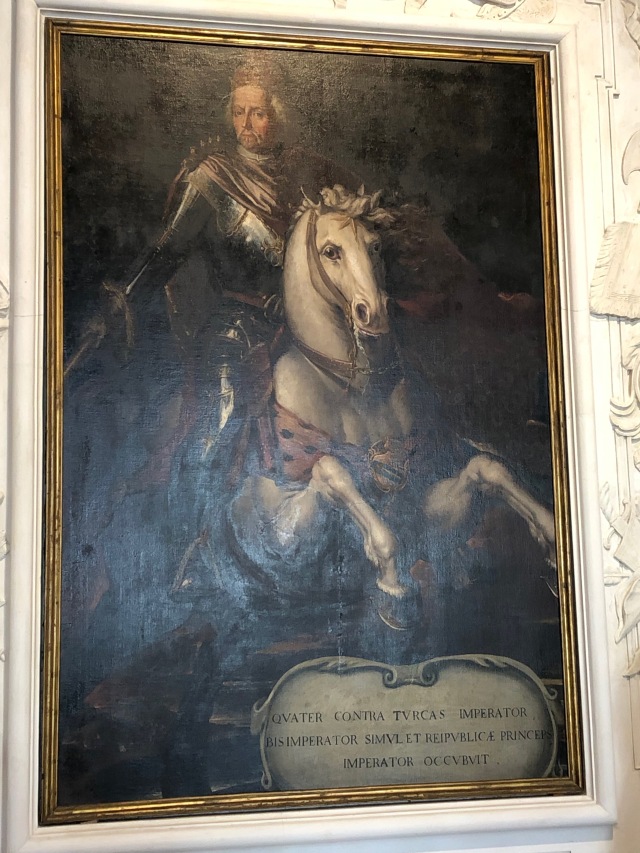 The gains Morosini made in the Peloponnese – which gained him the title ‘Peloponnesiaco’ – were all lost again by 1715, but his reputation as the last great Venetian commander has been maintained, and until 20 January 2020 there is a splendid exhibition about him at the Correr Museum (to which his family gave in the nineteenth century his archives and many of his personal possessions), at which I took most of the pictures here. He never married, and his closest associate seems to have been his cat, who accompanied him into battle and who, on his death, was mummified in an appropriately warlike pose. 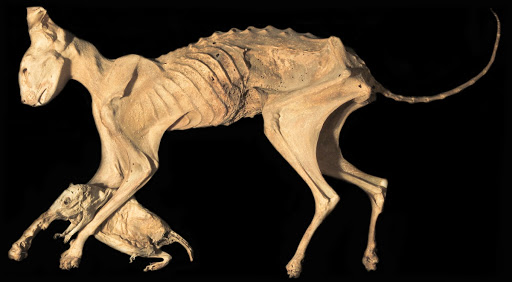 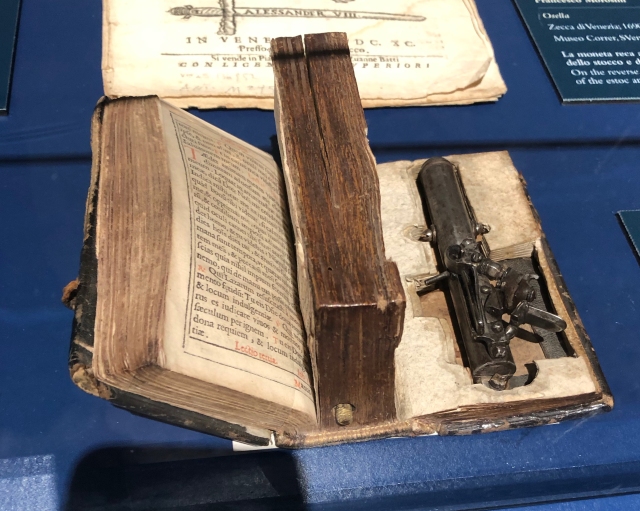 A pistol concealed in a prayer book, owned by Morosini. It’s not clear if it was to be fired from its hiding place – probably not, as the book would have caught fire? 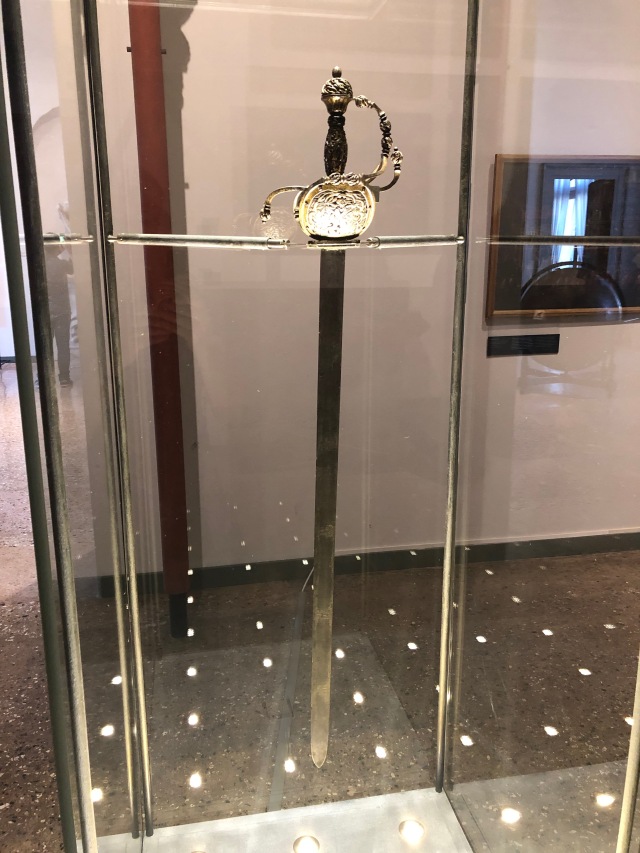 Morosini’s sword, made in Nuremberg, the great centre of sword-smithery in the seventeenth century. (Sorry about the picture.) 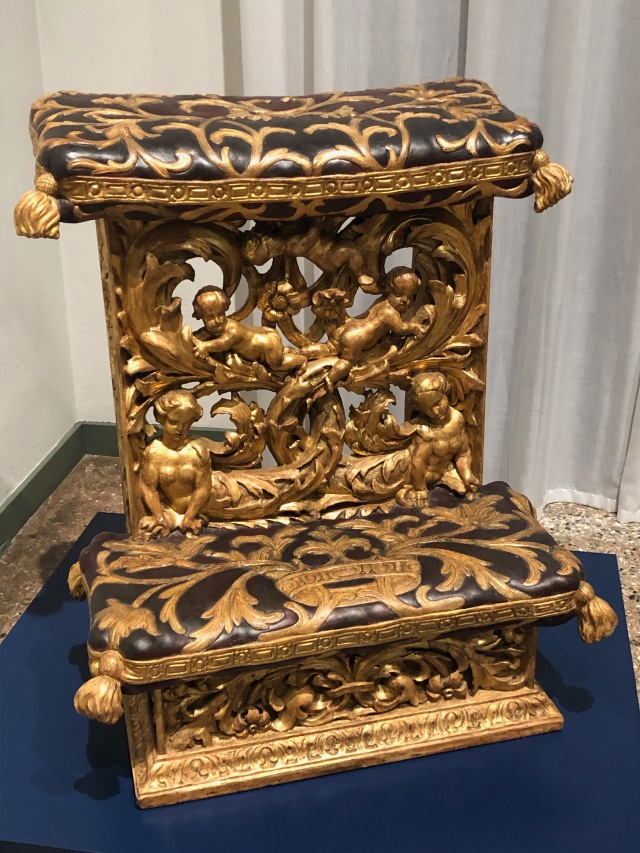 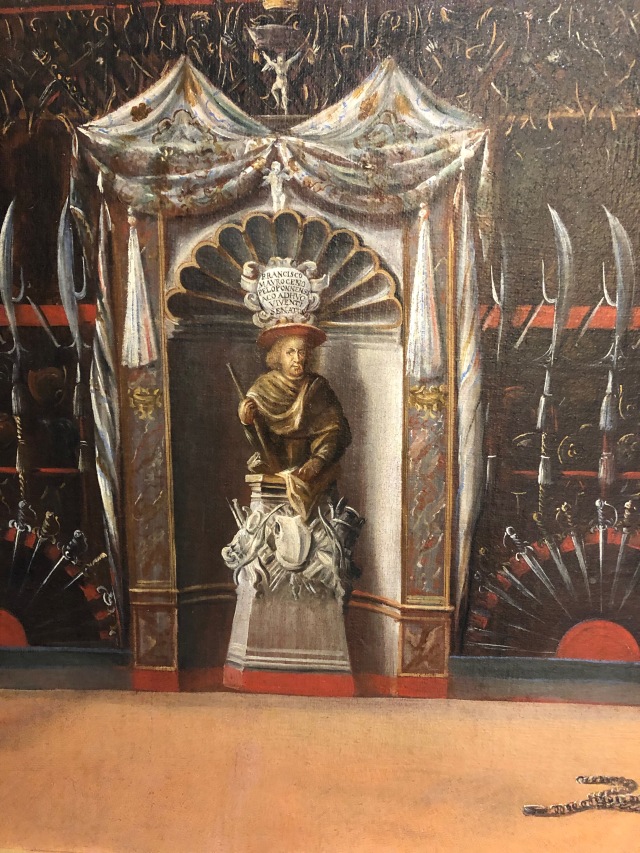 A design by Alessandro Piazza for the proposed commemoration of Morosini (in his own lifetime, an unprecedented honour) set up in 1687 in the Sala d’Armi in the Palazzo Ducale. 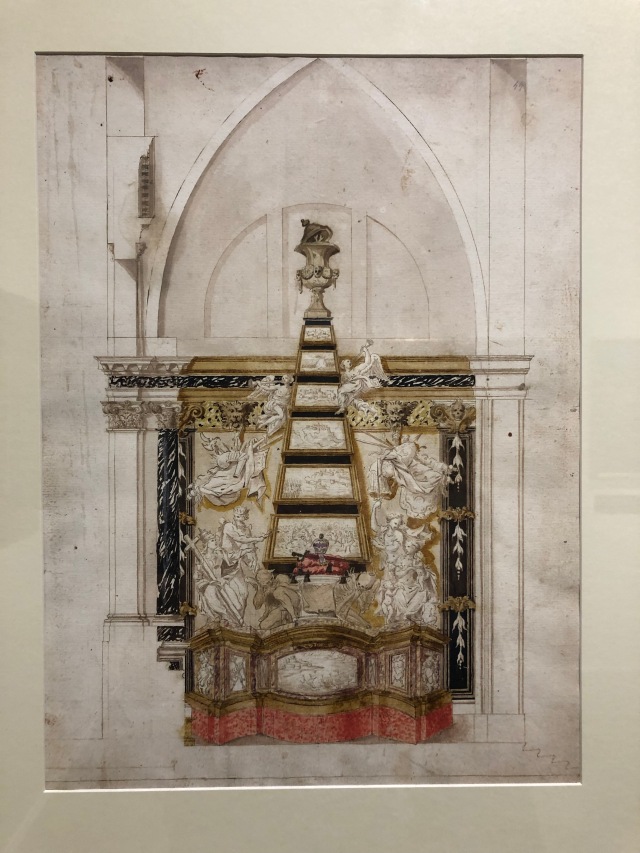 Design for a memorial monument on the wall of the presbytery in the church of Santo Stefano, by Antonio Gaspari (c. 1694). 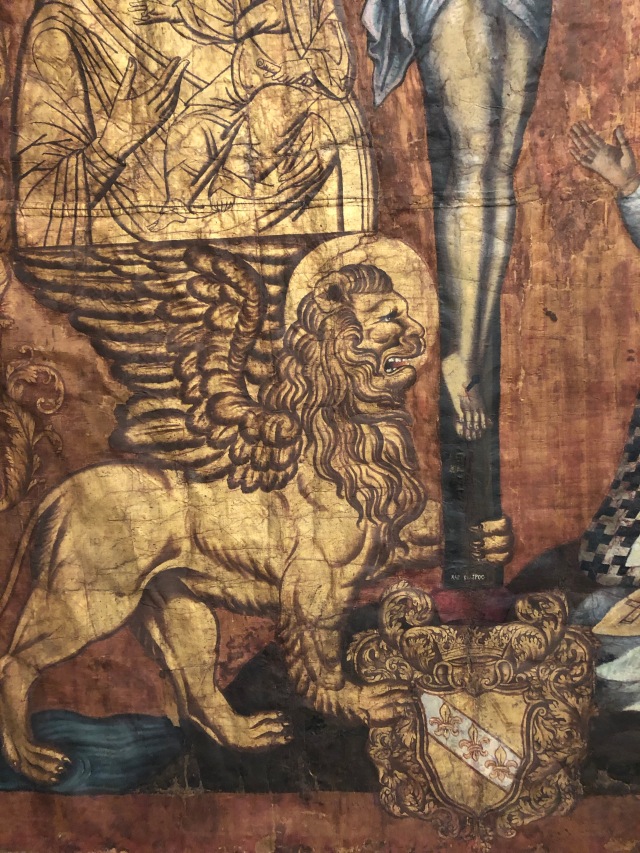 And finally, a detail of the magnificent processional banner of painted silk, which according to tradition accompanied Morosini (along with the cat) in all his campaigns. The lion of St Mark sits at the base of the crucifix, its right paw on the Morosini coat-of-arms. Above it is the ‘Madonna della Salute’, the icon which Morosini took from Candia and installed in the church of the Salute; on the other side stands St Mark. The artist is ‘Prete Vittore’, a Corfiot priest and icon-painter who later worked in Venice.