The Naming of Plants

Richard Chandler Alexander Prior (1809–1902) does not (yet) appear in the pages of the ODNB, though his day may come. He knew and corresponded with many of the great scientists of the nineteenth century; he was a physician whose health did not allow him to practice, but who was fit enough to undertake long and probably uncomfortable journeys in pursuit of botany; in mid-life he changed his name to inherit a fortune; and he published on ancient Danish ballads, croquet and the names of British plants.

Born in Wiltshire, R.C. Alexander, as he was then, was educated at the Charterhouse and at Wadham College, Oxford. He studied medicine at St George’s Hospital, London, in Berlin and in Edinburgh, qualifying for an Oxford M.B. in 1835. In 1840, he was elected a Fellow of the Royal College of Physicians, and was one of the twenty eminent persons photographed in 1855 by Maull and Polyblank as ‘The Literary and Scientific Portrait Club’. Richard Chandler Alexander, photographed in 1855, before he took the name of Prior. (Credit: The National Portrait Gallery)

Others included Richard Owen, Charles Darwin, J.D. Hooker, Charles Cardale Babington, Nathaniel Bagshaw Ward, and two women, both, alas, ‘unknown’. By the time of this photo, Prior had spent three years in Graz, studying the plants of Styria, travelled in Italy and Sicily, and in 1846 had undertaken a two-year study of South African plants, travelling by ox-wagon, amassing an important collection, and discovering the tree Sterculia alexandri, named in his honour by the Irish botanist W.H. Harvey. He also visited North America, Canada, Jamaica, Norway and ‘other countries’, according to his obituary in The Lancet in 1903.

In 1859, Prior inherited property in the village of Halse in Somerset from a maternal uncle, on condition that he added ‘Prior’ to his existing name, and thereafter divided his time between London and the countryside. The Wiltshire Council Archive holds some of his papers, including ‘a rough draft and a final version of a short biographical sketch’, to which the obituary apparently refers.

The title page of Prior’s work.

His 1863 work, On the Popular Names of British Plants, was very successful, and was followed by further editions in 1870 and 1879. He uses a wide range of documentary sources, from J.C. Adelung’s 1775 Wörterbuch, via Clusius, Gerard, Parkinson and William Turner (who he denotes as the father of English botany) to Wright and Halliwell’s Reliquiae Antiquae of 1841–3.

How to delouse the man in your life, a page from the Ortus sanitatis. (Credit: Wellcome Collection)

The earliest work in Prior’s bibliography is the Ortus Sanitatis: de herbis et plantis, de animalibus et reptilibus, de avibus et volatilibus, de piscibus et natatilibus, de lapidibus et in terra venis nascentibus, de vrinis et earum speciebus, tabula medicinalis, cum directorio generali per omnes tractatus, ‘by Cuba’, for which he gives the date of 1486, though the earliest edition I can find was printed in Mainz, 1491, by Jacob Meydenbach. (The author ‘Cuba’ is unknown.) The most recent are two dictionaries: the 1862 Dictionary of English Etymology of Hensleigh Wedgwood (grandson of Josiah I and cousin of Charles Darwin) and the (also 1862) Dictionnaire d’étymologie française d’après les résultats de la science moderne, by the Belgian philologist Auguste Scheler. The list of languages which Prior cites in the book.

What I am not in a position to determine is how good Prior’s own etymological scholarship is. For example, he is aware that the alleged derivation of ‘fritillary’ from the Latin fritillus = a chequer-board is incorrect, as in fact it means ‘dicebox’, but he doesn’t explain the leap between the two which would justify the supposed connection. He seems more confident in tracing words to a German or Scandinavian root that he does when trying to take a link back to Sanskrit via Latin and Greek, which would make sense given that Danish was one of his other great interests.

Dog’s-mercury (above) and mercury (below). 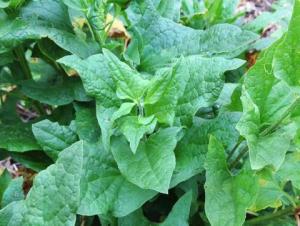 One great thing about the book is that Prior tries to connect traditional English (and Scottish and Welsh) plant names with their Linnaean binomial, and this occasionally leads to some (for me) startling revelations (see below). Another is that he explains things that I have never had the wit to ask about. For example, why the common prefix ‘dog’ or ‘dog’s’?

Dog’s-violet (above) and sweet violet (below).

He also claims that dogwood has nothing to do with dogs, but with skewers:

though it has to be said that the Opies do not give that variant of ‘Pat-a-cake’. (I simply cannot resist digressing here: Opie states that J.R. Planché (1796–1880), famous in his day as a playwright and expert on stage costume, wrote a parody of ‘Pat-a-cake’ on the publication of his friend Halliwell’s The Nursery Rhymes of England in 1842: ‘Halliwell-Halliwell, My pretty man, Make me a book as fast as you can; Write it and print it and mark it with P., And send it by Parcels Deliverye.’ (Halliwell’s own version of ‘Pat-a-cake’ goes: ‘Pat-a-cake, pat-a-cake, baker’s man! So I will, master, as fast as I can: Pat it, and prick it, and mark it with T, Put in the oven for Tommy and me.’)) 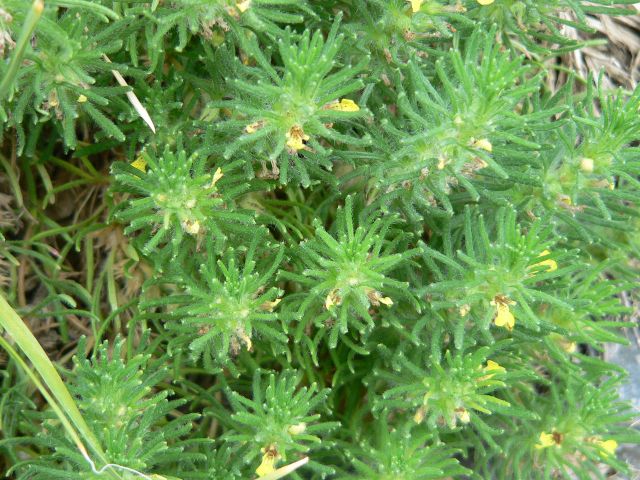 But the most startling piece of information I have come across so far in Prior is that ‘forget-me-not’ was not applied in England to Myosotis palustris until the beginning of the nineteenth century, but was in fact the vernacular name of Ajuga chamaepitys, the ground-pine, gout-ivy, or yellow bugle, and was so called because you wouldn’t forget its nauseous taste in a hurry. ‘It is to this plant exclusively that we find it [the name] assigned by Lyte, Lobel, Gerarde, Parkinson, and all our herbalists from the middle of the fifteenth century, and by all other botanical authors who mention the plant, … until it was transferred with the pretty story of a drowning lover to that which now bears it. This has always been called in England Mouse-ear Scorpion-grass.’

Mouse-eared Scorpion-grass, which grows like a weed in my garden.

You would be tasting the ground-pine because it was a remedy for gout and rheumatism, as well as the dreaded but unspecified ‘female disorders’ – the resin-filled leaves were dried and powdered. One famous gout remedy, known as Portland Powder, contained powdered ajuga leaves along with other herbs, but it had begun to fall out of favour by the beginning of the nineteenth century (William Heberden’s 1802 Commentaries on the History and Cure of Diseases (pp. 53 ff.) has a good summary).

The cowslip (then Primula officinalis), an educational poster from the nineteenth century in Cambridge University Botanic Garden.

Prior is full of fascinating things like this, and as always, I could go on and on. Did you know that the cowslip (Primula veris) is also known as palsy-wort (allegedly curing palsy) and petty-mullein? Or that London Pride (Saxifraga x urbium) was also known as Nancy-pretty? 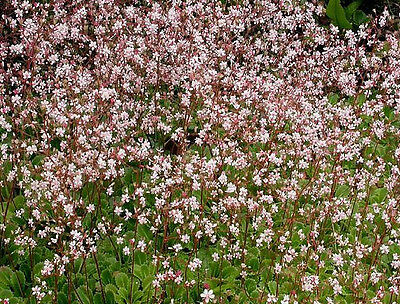 Or that Mithridate mustard (Thlapsi arvense, field penny-cress) was named after the king of Pontus who invented theriaca, and that it was one of the 72 ingredients of the famous cure-all? As I said, I’m not in a position to judge Prior’s etymologies, but his stories are wonderful.

2 Responses to The Naming of Plants