Greifswald, now in the province of Vorpommern-Mecklenburg in Germany, is one of those coastal cities in the Baltic which have always been part of the Debatable Land of north-central Europe. It is closer to Malmö and Copenhagen than to Berlin, and only 50 miles from the (now) Polish border, and to have an understanding of its long and complicated history you need at least a glancing acquaintance with the equally complicated history of the Griffin Dukes of Pomerania and of Bolesław III Wrymouth of Poland, who blinded his brother in one of those family wrangles that were so common in the middle ages.

The Duchy of Pomerania, from Blaeu’s Atlas Maior, 1662.

A detail from the map, showing Stralsund, Greifswald (Gripswalde), Eldena,  and, at top, part of the island of Rügen.

It was Bolesław who conquered the pagan duchy in 1120s, and forced a conversion to Christianity. In 1199 (as part of a subplot involving the princes of Rügen, the large island just off the coast, who were Christian and subject to the Danes), Eldena abbey was founded on the border between Rügen’s territory and that of Pomerania. 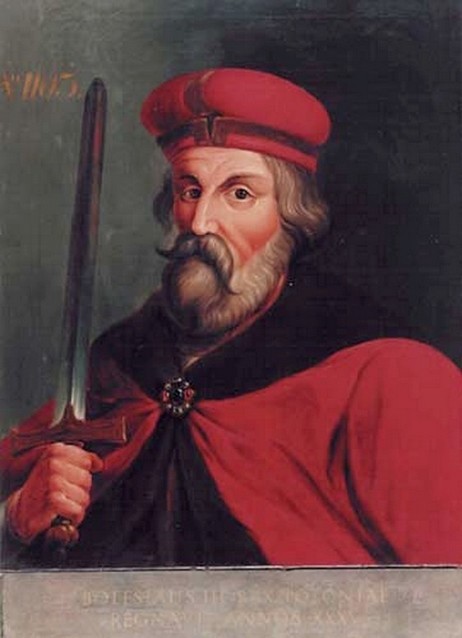 The endowment (approved by Pope Innocent III in 1204) came with saltpans, the exploitation of which gave the abbey an income, and led to the founding of Greifswald (originally Grypheswolde, ‘Griffin’s Forest’), as a river port from which the salt could be exported. The name is either connected to the Griffin Dukes, or comes from a giant griffin who lived in a tree in the forest and showed the monks the best place to build their port: I’m going for the latter explanation. Eldena abbey survives as a ruin, but its immortality is assured by its portraits by Greifswald’s most famous son, Caspar David Friedrich (1774–1840).

Caspar David Friedrich, The Abbey in the Oak Wood, based on the ruins of Eldena. (Credit: Alte Nationalgalerie, Berlin)

By Friedrich’s time, his home town was part of Swedish Pomerania (which came into existence as part of the 1648 treaty of Westphalia which ended the Thirty Years’ War) – though it was not formally annexed to Sweden, which would have meant that its serfs would have been freed, and the local landowners would have lost their labour: serfdom continued, extraordinarily, until 1806 and the final dissolution of the Holy Roman Empire, of which Pomerania was a part. And, before Friedrich’s death, it had become part of the kingdom of Prussia. 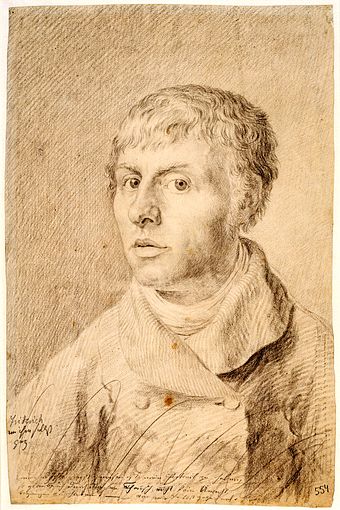 Caspar David Friedrich, Self-Portrait, 1800. He had studied art at the university of Greifswald, but left for Copenhagen in 1796. (Credit: National Gallery of Denmark)

An older contemporary of Friedrich was Christian Ehrenfried Weigel (1748–1831), but while Friedrich left Greifswald to train in Copenhagen and settle in Dresden, Weigel was born in Stralsund, and having studied in Göttingen, moved to Greifswald in 1774 to take up the professorship in chemistry, pharmacy, botany and mineralogy (phew!) at the university.

The seal of the university of Greifswald (with griffin).

This had been founded in 1456, largely though the efforts of the then mayor, Heinrich Rubenow (who became its first rector), and is the fourth oldest in Germany, being preceded only by Heidelberg, Leipzig and Rostock. (Probably its most famous faculty member is Ulrich von Wilamowitz-Moellendorff (1848–1931) who was professor of Classical Philology there between 1876 and 1883.) 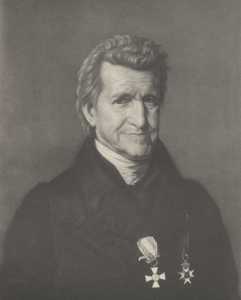 Weigel appears to have been something of a polymath, having been physician to the Swedish royal family, and inventing what is now called the Liebig condenser in 1771, Liebig having merely (?) improved it. He became a member of the German and of the Royal Swedish Academies of Science, and was ennobled as ‘von Weigel’ in 1806.

Weigel’s coat of arms of 1806, with the snake of Aesculapius as its crest.

But is is a safe bet that, outside former Swedish Pomerania, he would not be remembered today had not Carl Pehr Thunberg named a genus of flowering plant after him in 1780. (I haven’t been able to find out if the two met, but they probably corresponded?)

A member of the honeysuckle family, the Weigela (NB not ‘Weigelia’, as it is sometime spelled) is a genus with 61 species listed in IPNI – but only twelve of them confirmed – all of which come from eastern Asia. It was not grown in Europe until seventy years after Thunberg’s initial discovery, when Robert Fortune brought Weigela florida back from northern China in 1845. It became immediately popular as a garden shrub, and, within a decade, hybridisers, especially in France and the Netherlands, leapt upon it. As the website of the Sheffield Botanic Gardens, home of the UK national collection, remarks: ‘There are over 200 cultivar names recorded but probably less [sic] are in cultivation.’

I used to have two, both of which died … they were probably in too much shade and too dry soil, and/or or they simply got crowded out by all the other shrubs I had hopefully crammed into too small a space. Happily, there are many in my neighbourhood, including this one.

Most weigelas come in shades of pink, from almost red to almost white. As far as I know (which of course is not saying much), the only yellow(-ish) species is W. subsessilis, from the mountains of Korea,

though there are some yellow hybrids, including this one, from Hilliers:

Were I to get another one (though I really, really don’t have room, unless something else dies), I quite fancy this: 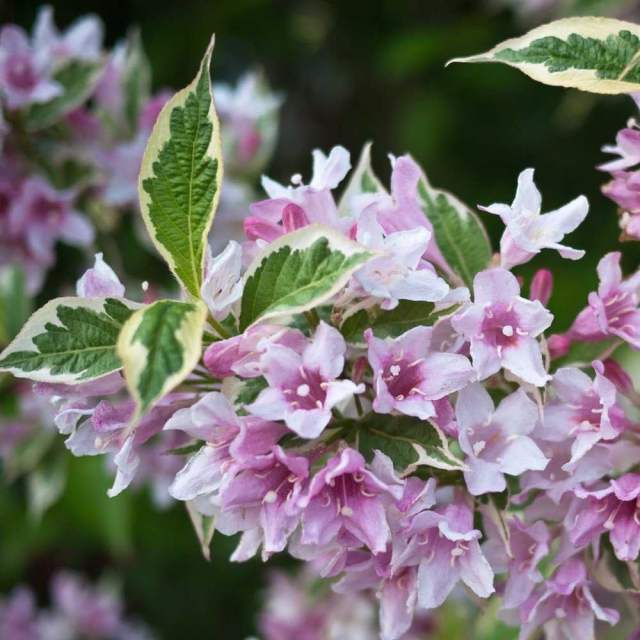 Weigel himself, according to IPNI, named five plants: (1) Lychnis dioica subsp. rubra, in his Flora Pomerano-Rugica (1769):

(3) Panicum lutescens (ditto); (4) Isoetes (ditto); and (5) Isoetes lacustris (ditto). But, fighting my way through the taxonomic jungle, it seems that the latter two were previously named by Linnaeus, and the Panicus is invalid and should be Chaetochloa lutescens. Even the Lychnis dioica is not apparently a subspecies, but just Linnaeus’s Silene dioica, the red campion, which is flowering its head off at the moment on the local fen.

Red campion in Paradise, Cambridge, a few days ago.

I hope Weigel  would be comforted by the thought that, though his taxonomy has not altogether stood the test of time, his eponymous plant has.