One of the benign prerogatives of the University of Cambridge is that department and faculty librarians needing to de-access duplicate or redundant books are required to offer them first to the University Library, then to other department libraries. What is left after this process is often offered to staff on a first-come, first-served basis, and thus it was that, a few days ago, I first heard of Hans Hoffmann.

He is not to be confused with Hans Hofmann (with only one ‘f’), 1880–1966, the German–American abstract expressionist painter. Hoffmann with two ‘ffs’ was possibly born in Nuremberg, where the city council described him in 1576 as a citizen of the town, and was a leading exponent of the so-called ‘Dürer Renaissance’.

I had no idea that this was a Thing, but apparently the good burgers of Nuremberg were so fond of the works of their greatest son (some of course may argue for Hans Sachs …) that they were keen to buy paintings ‘in the style of’ if originals were not to be come by. 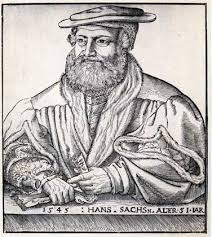 As far as I can discover, there was no deliberate intention to deceive at the time, though later Dürer’s monogram was occasionally added to a Hoffmann work.

This hare is by Hoffmann, but at some point the famous Dürer monogram and a false date have been added. (Credit: Gemäldegalerie, Berlin)

Hoffmann’s biographical details are obscure, to the extent that his year of birth is variously given as 1530, or 1545–50; though his death, in Prague, is slightly better pin-pointed, as between 14 October 1591 and 12 June 1592. The Getty Museum website suggests that he may have trained in the Netherlands before arriving in Nuremberg; he may have been the man who, with his wife Eva, had a son baptised in St Sebaldus’ church in 1572; in 1584 he was summoned to the court of Duke William V of Bavaria at Munich; and in 1585 he climbed further up the greasy pole, becoming court painter to the Holy Roman Emperor Rudolf II until his death. 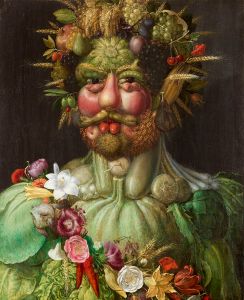 An alternative view of the emperor as Vertumnus, the Roman god of harvest, by Giuseppe Archimboldo (1527–93). (Credit: Skokloster Castle, Sweden)

His surviving works are widely scattered: as well as in Nuremberg itself, they can be found in the Getty, the Metropolitan Museum of Art, the National Gallery of Art, the Cleveland Art Museum, the Louvre, the Archiepiscopal Museum of Olomouc, the Staatliche Museen, Berlin , the National Museum in Warsaw, the British Museum, the Galleria Nazionale, Rome, and especially the Museum of Fine Arts in Budapest, which acquired more than fifty works owned until the beginning of the nineteenth century by the Praun family of Nuremberg.

Hoffmann painted religious scenes (with more than a hint of influence from the grotesque faces of Lucas Cranach and other painters of the German School), 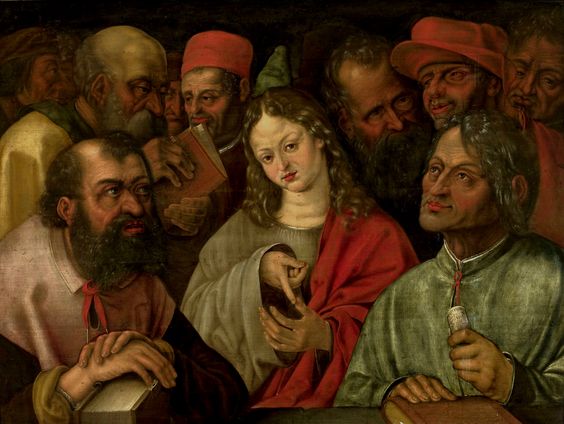 and portraits, including a startling head of the elderly Willibald Imhoff (1519–80).

The Imhoff family, merchants and bankers, had been Nuremberg ‘aristocracy’ for over two centuries, and Willibald purchased large numbers of works from Dürer’s widow. He collected paintings, coins and medals, and travelled widely in Europe: this portrait, now in Copenhagen, has been attributed to Titian. 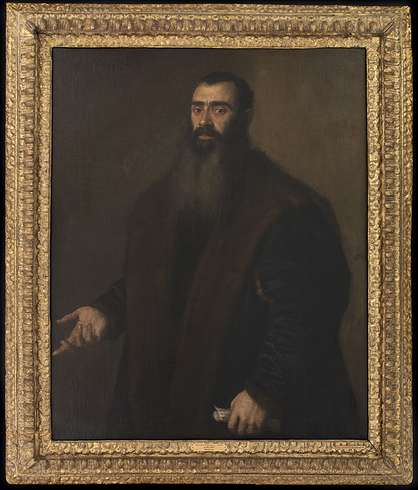 Willibald Imhoff in his prime, the very image of a potent, grave and reverend signior, attributed to Titian (1560s). (Credit: the National Gallery of Denmark)

But Hoffmann’s most prolific area was studies ‘after Dürer’, the originals of which he clearly had the opportunity to study in the Imhoff collection. Hence ‘my’ piece of turf: 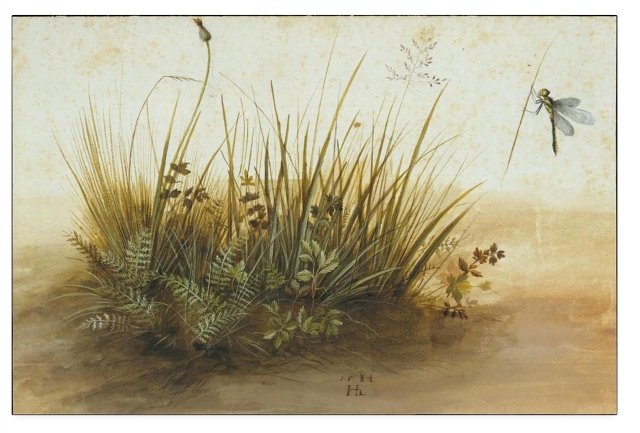 ‘A small piece of turf’ (1584), probably a study for a later work as well as an hommage to Dürer.

Dürer, The Great Piece of Turf. (Credit: the Albertina, Vienna)

Another botanical image is held by the Getty Museum: 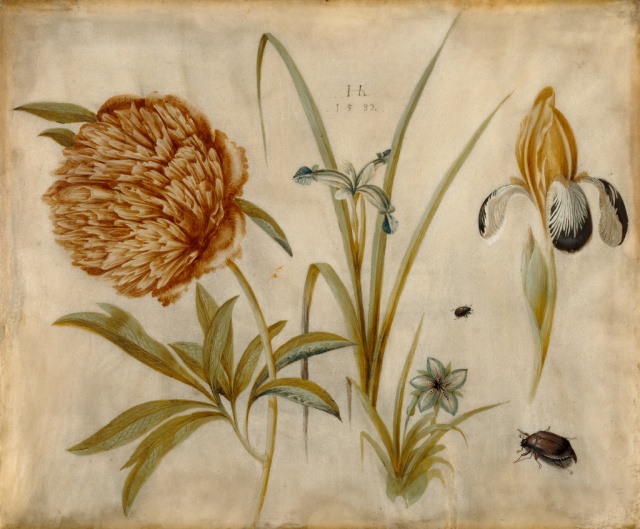 This is described as ‘Peony, irises and amaryllis’, which gave me pause, as the little blue flower at the base doesn’t look even remotely like an amaryllis, but lo! as so often, something turned up: 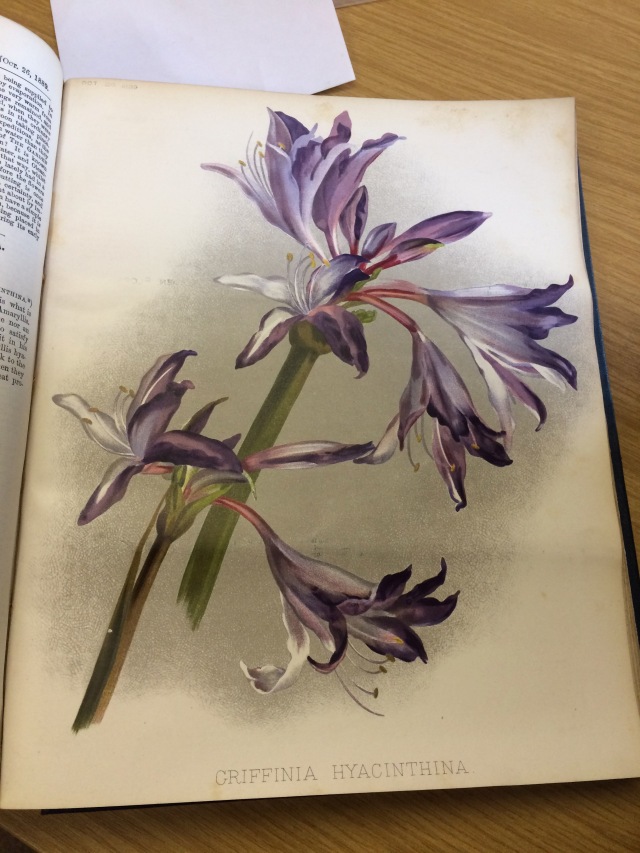 The Griffinia hyacinthina (native to southern Brazil) was popularly known as the ‘blue amaryllis’, and John Lindley described it in the Botanical Register as Amaryllis hyacinthina. (From The Garden, ed. William Robinson, 1889)

But Hoffmann is most successful (in my opinion) in his portraits of animals and insects, as shown in the examples below.

More hares: in the forest (above) (Credit: the Getty Museum) and among plants (below) (Credit: Christie’s) 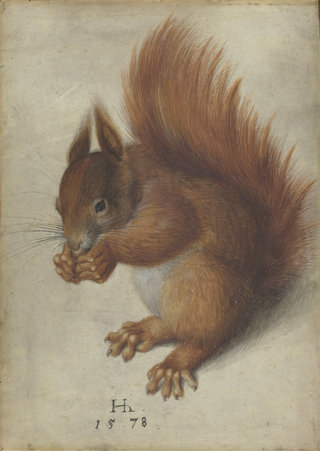 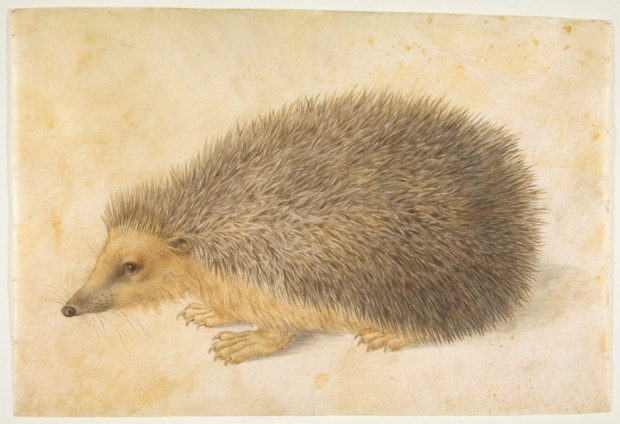 Hans Hoffmann, A Crouching Cat. I’m not convinced by the eyes … (Credit: Artnet)

Hans Hoffmann, Affenpinscher dog, 1580. I gather that the beast has been clipped, rather than looking like this naturally. (Credit: the Morgan Library and Museum, New York)