This month, I give you Gladiolus murielae, for no better reason (or, in my opinion, the extremely cogent reason) that I have, after several years of trying, actually got it to flower this year! Admittedly, one flower and one bud out of twelve corms is not usually a reason for wild celebration, but it’s much better than the zero I usually achieve.

One and a bit flowers.

Every spring, I buy the said twelve corms – varying the supplier, in the faint hope of greater success – and put them in a pot in the sunniest part of my garden. Year after year nothing much happens. (One year literally nothing happened at all, not even foliage.) In the autumn, I inspect the corms and discover that in spite of producing foliage, they have shrunk to the point of near invisibility, and I compost them.

You don’t have to tell me that I am almost certainly doing something wrong – over-watering, under-watering, too much grit, not enough grit, trying to grow them in a pot and not in the ground, trying to grow them outdoors instead of in my (non-existent) greenhouse. (I see that Bob Flowerdew recommends the greenhouse, albeit on the web page of a purveyor of greenhouses.) But I persist simply because, if and when they do flower, they are so very beautiful. 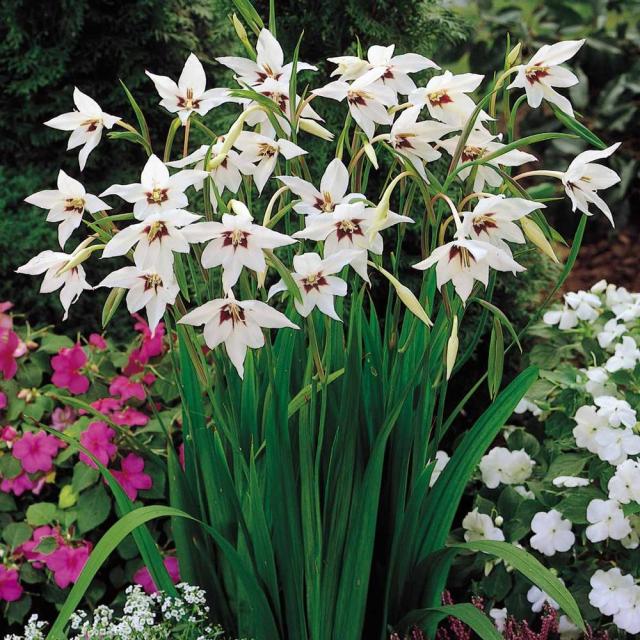 This is more what I’m aiming for. (Credit: Jitka Karlikov)

The nomenclature, you will not be surprised to learn, is complicated. It was originally named in 1844 as Acidanthera bicolor by the German botanist and pastor Christian Hochstetter (1787–1860), father of the more famous Ferdinand, the geologist who sailed on the Novara expedition and was later tutor to the unfortunate Crown Prince Rudolf of Austria.

Hochstetter père, in his giddy student youth, was imprisoned for a short time for membership of a secret society which had a Cunning Plan to set up a colony in Tahiti. The eccentric aim of this fraternity – set up by fellow student, geologist and pioneering industrial chemist Karl Ludwig von Reichenbach (1788–1869), who later came to believe that many illnesses were caused by the moon, and that a life force connected to magnetism, and which he named the ‘Odic force’, governs everything – was thought to be treasonous in the relatively new (post-Napoleonic) kingdom of Württemberg. 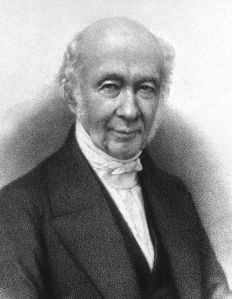 Subsequently, Hochstetter led a blameless life as a pastor, teacher and naturalist, and even had a genus of plants named after him, the Hochstetteriae (though sadly they have since been reclassified as the Dicomae), among the Asteraceae and distantly related to the Gerbera. 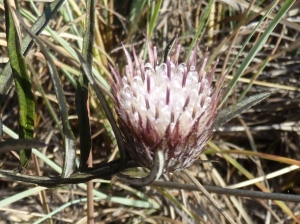 IPNI magisterially informs us of Gladiolus murielae that: ‘The name and the description were ascribed to “Messrs. Kelways, Langport”, where James Kelway was manager of the Kelways of Langport nursery. Eponymy: Muriel Erskine, wife of E. N. Erskine, a plant collector, Ethiopia.’ James Kelway was the grandson of the founder (also James (1815–99)) of the Somerset nursery which today specialises in irises and peonies, and always has a cracking display in the floral marquee at Chelsea. 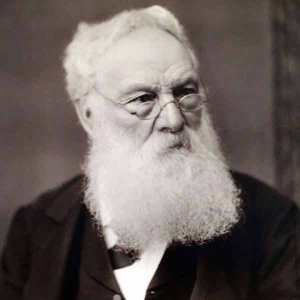 I can’t, alas, find a great deal about E.N. Erskine, or his wife Muriel (the compliment to whom is reminiscent of Kingdon Ward’s Lilium mackliniae). However, an E.N. Erskine, described as ‘Consul’, wrote a confidential letter (five pages of typescript, now in the SOAS archive) ‘Regarding the political and military situation in “Western Abyssinia”’, to Anthony Eden (at the time Foreign Secretary) on 18 June 1936.

The letter led me to various other sources, including Anthony Mockler’s Haile Selassie’s War, in which there are several unflattering mentions of the British Consul at Gore, Captain Erskine, who is last seen leaving Ethiopia with his family on 14 October 1936, on board a steamer which was ‘carrying an ex-British Consul to six months’ leave and subsequent obscurity’, while within a month Gore fell to the Fascist armies of Mussolini. But that this is the man who sent Kelway the plant seems to be confirmed by a reference in documents available on the website of the Nordic Africa Institute which gives Consul/Captain Erskine’s initials as E.N.

Gore is in south-western Ethiopian (20 to 22 days away from Addis Ababa if using pack mules) and just over 2,000 meters above sea level. Ethiopia is apparently at the northern end of the plant’s distribution, which runs south to Burundi, Tanzania and Mozambique. Did Erskine (or his wife) take the opportunity to botanise in their remote posting in what was to become a war zone? 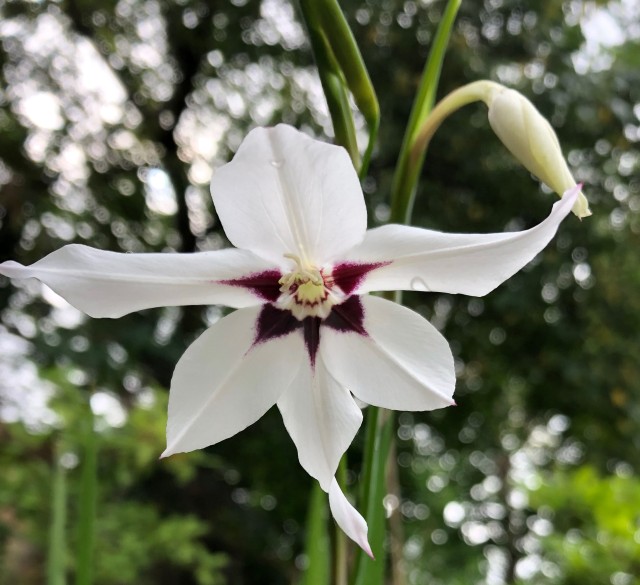 The flower, waiting for an obliging moth.

The flowers are adapted for pollination by moths (though possibly by African rather than British ones?), their scent (which I confess I have yet to detect) being stronger by night. The length of the tubes suggests quite large moths … it will be interesting to see if I get as far as seeds. 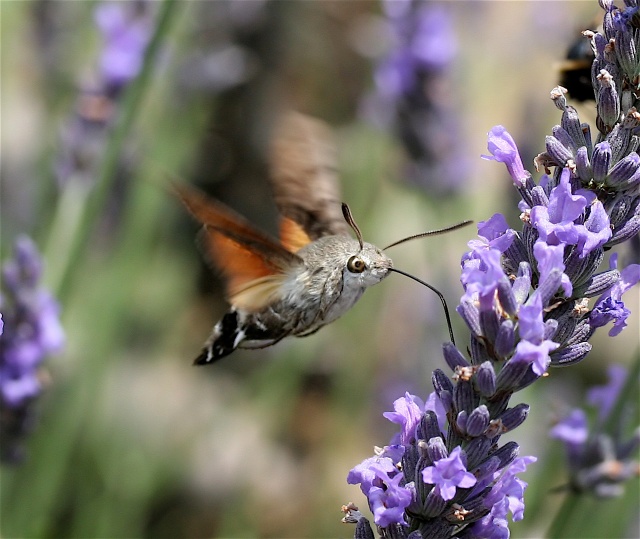 The humming-bird hawk moth, Macroglossum stellatarum – one can only hope.

Getting back to the beginning, it looks as though the plant published by Hochstetter in 1844 was a specimen acquired in Ethiopia by Léon Richard Quartin-Dillon, who was botanist on the Lefebvre expedition (1839–43); both he and the zoologist Antoine Petit, who took over his work, died in Africa (in 1841 and 1843 respectively), but one of their plants is now in the Herbarium collection at Kew, and another in the Muséum National d’Histoire Naturelle in Paris. (Charlemagne Théophile Lefebvre (1811–60), the commander of the expedition, survived, and oversaw the publication of the six-volume Voyage en Abyssinie, between 1845 and 1851; he returned to Ethiopia twice, in 1847 and 1854. In 1856 he was repatriated, suffering from ‘aliénation mentale’, and died in a hospital.) 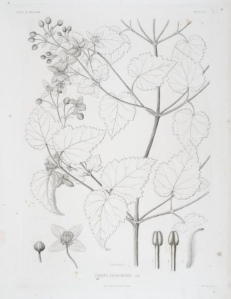