Those of my readers old enough to remember the craze for Citizens’ Band Radio in the 1980s will probably know that the ‘call-sign’ (if that’s the right word) for Cambridge was ‘Cycle City’. If you google ‘cycle city’ these days, the first of 18 million-odd websites which pops up is for (if I understand it correctly, M’Lud) a chain of gym clubs where you can cycle on the spot, indoors. Sic transit gloria birotae …

The ‘Cycle City’ moniker is no surprise, given that all the roads in the city are (a) completely flat (with one famous exception); (b) almost permanently congested with four-wheeled traffic. Most people who are able to do so therefore either cycle or walk everywhere within the city boundaries, and we are regularly encouraged in this virtuous exercise, both by the two local authorities (City and County) and by various pro-cycling pressure groups who campaign to make life for cyclists safer and simpler. 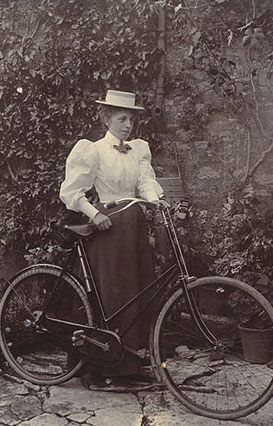 Professor Hedgehog sets off in the morning to earn an honest crust.

In spite of all this, however, my bicycle commute to work and back, two days a week, which takes five minutes each way, is nerve-racking, fraught with peril, and usually the witness of at least half a dozen infringements of the law. The hazards I encounter can be broken up into four groups: the roads; the cars and lorries; the pedestrians; and the cyclists.

Road surfaces in Cambridge are appalling, by the standard of a so-called first-world country. Even the main roads are pretty terrible, and the side roads which the prudent old lady on a bicycle prefers are downright diabolical. On the former, we have lots of cycle lanes, nicely painted red with a big white line to keep (most of) the four-wheeled traffic out. The snag is that when road surfaces start to disintegrate, whether from old age or from the endless digging up and filling in again which seem to be de rigueur, they usually fray at the edges first, and of course the edges are precisely where the people on bikes tend to be.

From the car driver’s point of view, it appears that your average cyclist is quite incapable of proceeding in a straight line – and this of course may well be true in some cases. But it is equally likely that the person who has just abruptly swung out under your wheels is trying to avoid a pothole or other pitfall in the designated ‘safe space’. After the clocks go back in October, of course, it all gets even more exciting, because, as a result of the deliberate Council policy (= money-saving wheeze) of reducing the numbers of street lights, one can no longer see the perils beneath one’s wheels anyway. (Pemberton Terrace after dark, anyone?)

Every winter in this part of the country we get masses of news features about the appalling road surfaces – but purely from the point of view of the damage done to cars’ suspension. It doesn’t seem to occur to anyone that a pothole deep enough to damage a car has terrific potential to kill a cyclist … And I simply cannot begin to understand the logic whereby the Road-Menders, when they turn up, fill one hole up, and ignore the other dozen or so within a few feet. There may be Regulations involved – only those that are deeper than X cm can be treated? – but why wait a few weeks until the one next to it has worn down even further, and then send the whole team and kit out again? 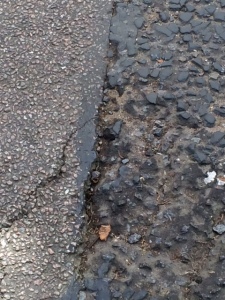 You wouldn’t notice this surface change in a car – you do on a bike!

As for the legend (see also the Fen Tiger, the Black Shuck, Tom Hickathrift the Norfolk Giant, and others) of the flame-spewing dragon which trundles along the roads of East Anglia melting the tarmac so that the infill applied in its wake sets to form a uniform surface, I’ll believe it when I see it: most of our pothole patches start disintegrating round the edges within months of being applied, because when they settle they are either higher or lower than the surrounding surface. (Did I dream it, or was there once in the distant past a time when The Men regularly came back after a few weeks to top up/grind down the patch?)

Personally, I don’t find the four-wheeled road-users in my area too much of a problem, but that’s probably because I always assume the worst: if a car suddenly pulls up without signalling on the zigzag ‘never park here in any circumstances’ lines outside the local school, I already know that the child-dropping-off mother will at any moment fling the driver’s door open into my path, and take avoiding action accordingly. And, by and large, drivers do not stray on to cycle lanes, drive without lights at night, drive though pedestrian crossings while the red light is on, or drive the illegal way down one-way streets. 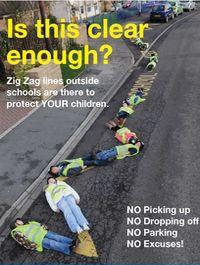 I support this poster, for rather selfish reasons …

Pedestrians aren’t too bad either, although they have a rather sweet view of their own invulnerability when stepping out into the road to get past slower pedestrians, or not bothering to glance at least for a second over their shoulders when crossing the road at a junction – but again, you get to read their body language and just know they aren’t going to look before they leap. (I really look forward to the day when the engineering undergraduates heading down Trumpington Street to the Faculty get to the point in their course which explains the difference between a road and a pavement to them.)

However, in my view, the greatest hazard to the life and well-being of the person who rides a bike in Cambridge is in fact the cyclist – which is the main reason why I don’t call myself one. I have written before about the loftiness of the moral high ground these annoying people take, but their case would be more convincing if they actually showed signs of awareness of those parts of the rules of the road which apply to bicycles. For example: do NOT cycle on the pavement (unless it is dual-use), even if you are shepherding your sweet little infants, let alone if you are merely jumping the queues at the junction ahead. Do NOT cycle through red lights, either at crossings or at junctions). Do NOT cycle after dark without lights. (The number of cyclists who do, on any given evening, is staggering. My theory is that these people have no grasp at all of their own invisibility to people in cars if they have no lights, and should try getting behind the wheel of a car some time to check it out, even if it is against their sanctimonious religion. On the other hand, some cyclists have front lights that are almost blinding and obscure the view of what may be coming up behind them, such as another cyclist, overtaking at speed, with no lights …)

Do NOT overtake other cyclists in the cycle lane. Even more so, do NOT cycle in the wrong direction in a cycle lane. Do NOT cycle up one-way streets the wrong way. Several roads in my locality have recently been changed to two-way for cyclists only, and some people (mostly parents with a hardboard bin full of children – seated at optimum level to absorb the maximum of particulates – in front) have taken this to mean that ALL are now – an accident waiting to happen if I ever saw one.

And please, as I said at the beginning, this is Cambridge, the flattest city in the country. I have three gears (all that are needed in this terrain), and can’t actually cycle slowly enough to stay upright behind a young fit person who has twelve gears but chooses to stick in the bottom two. Mind how you go …

Like Loading...
This entry was posted in Cambridge, Uncategorized and tagged bike lights, cycling, cyclists, potholes. Bookmark the permalink.

2 Responses to Commuting in Cycle City