This is an unlikely pick for the time of year: an aloe which looks as though it ought to be under glass but none the less is thriving (so far, in this unnaturally warm autumn) outdoors, in front of the glass-houses @CUBotanicGarden.

Aloe polyphylla in the sun.

Aloe polyphylla (Greek: ‘many-leaved’), also known as the spiral aloe, comes from from the Drakensberg mountains in the kingdom of Lesotho (of which it is the national plant), where it is apparently endangered by over-grazing by goats. 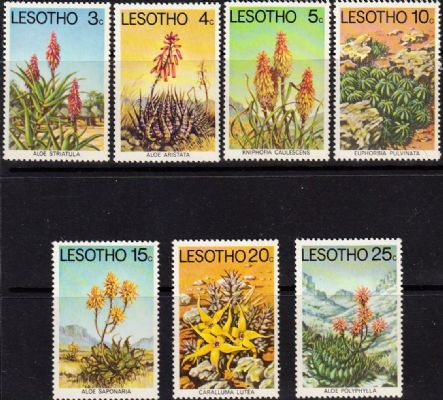 This 1977 set of Lesotho stamps quite properly has Aloe polyphylla on the highest denomination.

It was first determined by a South African botanist, Selmar Schönland (1860–1940) in 1934, and the name was confirmed by Neville Stuart Pillans (1884–1964). Its order is Asparagales, family Asphodelaceae, subfamily Asphodeloideae, and it is closely related to other aloes, including Aloe glauca, Aloe lineata and Aloe pratensis.

The most famous of the aloes is Aloe vera, native to the Arabian peninsula. It is easy to grow indoors and to propagate from offsets, and recently it has become fashionable as a medicinal plant: see for example this link to American Good Housekeeping, (where, bizarrely, the headline image is clearly of Aloe polyphylla). 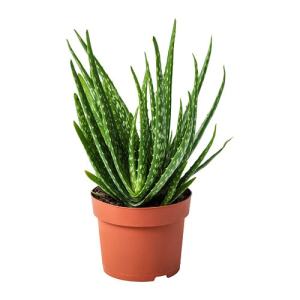 An Aloe vera, as brought to you by IKEA.

Another online site claims that Aloe vera can aid not just in its traditional use of soothing sunburn, but is also good for ‘heartburn, fresh produce [coat tomatoes with it!], alternative mouthwash, blood sugar, digestion, skin care, breast cancer’. (Professor Hedgehog’s advice: DON’T try any of this at home.) The same site also advocates drinking the juice: ‘Here are nine reasons to drink pure, uncolored, low anthraquinone aloe vera juice …’ – though according to the Good Housekeeping piece above, the Mayo Clinic ‘does not recommend ingesting aloe as eating too much could cause kidney damage’.

But back to Aloe polyphylla. It is stemless and can grow either clockwise or anticlockwise. It does not offset or sucker, but reproduces by seed, from spectacular flowering shoots which can range in colour from red to pink and yellow. In its native mountain habitat, it grows at between 6,500 and 8,500 feet, and is often covered by snow in winter. 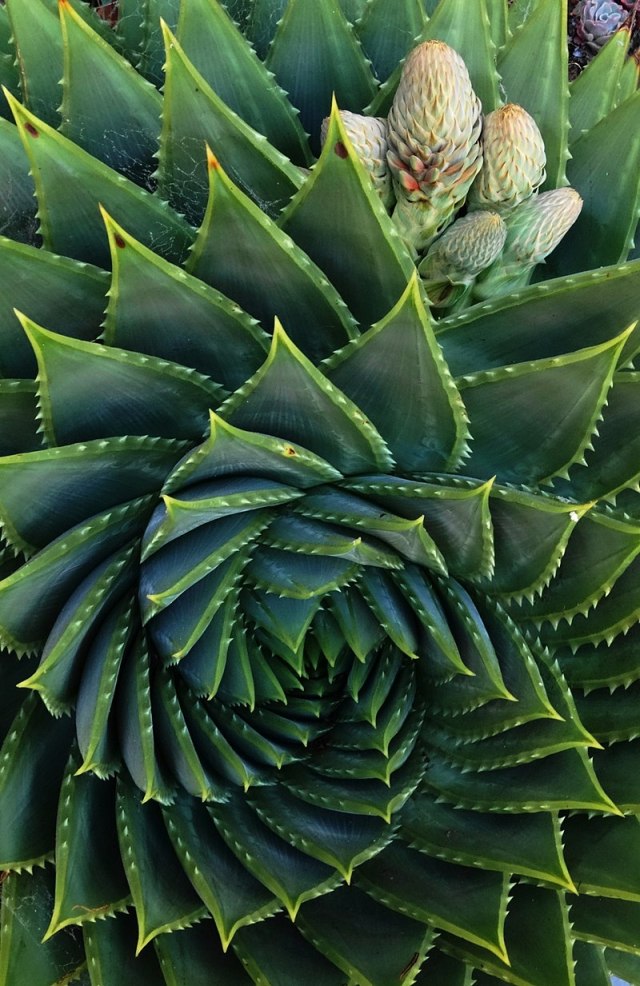 On the one hand, it is described as difficult to cultivate, and likely to die when removed from its native habitat, but on the other it has the R.H.S. Award of Garden Merit in the U.K. and it seems to be widely available from nurseries, though it is described as needing be grown under glass, or in full sun, coming under the R.H.S.’s category of ‘Sub-tropical Patio & Container Plants’ – well, I certainly could have provided a sub-tropical patio this last summer.

Seedlings. In their native habitat, the plants are apparently pollinated by the malachite sunbird, Nectarinia famosa (see below).

The male malachite sunbird in its breeding finery (as so often, the female is somewhat dowdy), sipping nectar from a Leonotis flower. (Credit: Steve Garvie)

As with almost all succulents, drainage is the key: sandy soil or loam, and the container finished off with a nice top-dressing of gravel. The CUBG specimens are planted in the ground, rather than sunk in pots, but there is also a specimen – interestingly, not quite as healthy-looking – inside, in the Alpine House. I shall have to check later on whether the exterior ones are covered or sheltered from the rain …

The specimen in the Alpine House: note the browning tips of the older leaves.

The most startling and beautiful aspect of the plant is of course its spiral growth. Stare straight down and I defy you not to be mesmerised. 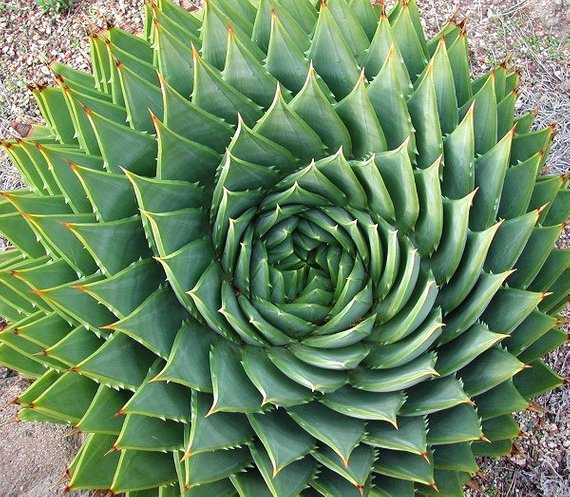 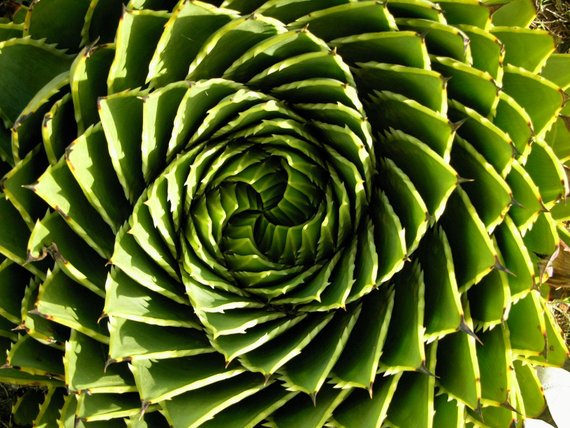